Raised by her first teachers—parents Robert and Betty Ann Messner—as a citizen of the Oneida Nation of Wisconsin, Hoffman grew up in Oshkosh, south of the Oneida reservation. As an adult, she settled in Stevens Point, marrying Michael Hoffman (Menominee/Ottawa) with whom she built a Native tradition-centered life. In the 1990s, she learned Haudenosaunee Raised Beadwork from Samuel Thomas and Lorna Hill, Cayuga artists who traveled to Wisconsin from Ontario to teach.

The history of Haudenosaunee Raised Beadwork derives from 19th-century tourism at Niagara Falls. Around 1850, Mohawk and Tuscarora beaders developed ornately decorative items to appeal to Victorian tastes, selling them as souvenirs, or “whimseys.” The aesthetic endured and expanded onto objects for internal community use. Hoffman’s beading combines these two ways of beading to create a third: objects that arise from traditional forms and are infused with Haudenosaunee understandings but that otherwise are new. Two examples of this are large multi-sided beaded urns, derived from small 16th-century Haudenosaunee birchbark seed containers, or “jardinières”; and a series of large mats, each beaded with a traditional seasonal story, emerging from small tourist items like table toppers and more traditional council mats.

Hoffman describes her work as being in the Thomas Hill style: beads raised to a particular height, a select color palette, strong connections to the past, best quality materials, and strictly connected to story. But all of those strictures “are the most freeing things about this beadwork,” she explained in a phone interview with Anne Pryor. “Because you must always do your best work, you’re free to be excellent. Because you may never take a stitch without it having a meaning, you’re free to be thoughtful. Because what you do stands for the people, your ego is free from being part of the piece and lets you focus on what’s really Iroquois and what’s really important.”

Retired from a sales career, Hoffman pursues her twin goals of strengthening Haudenosaunee Raised Beadwork within the Haudenosaunee community and gaining recognition for it more widely. She produces two to three large pieces each year, with some in the permanent collections of the Smithsonian National Museum of the American Indian, the Field Museum, the Iroquois Indian Museum, and the Oneida Nation Museum. She teaches and hosts a beading circle at her home. She is a co-organizer of the annual International Iroquois Beadwork Conference and has curated multiple exhibits of work by Native artists. 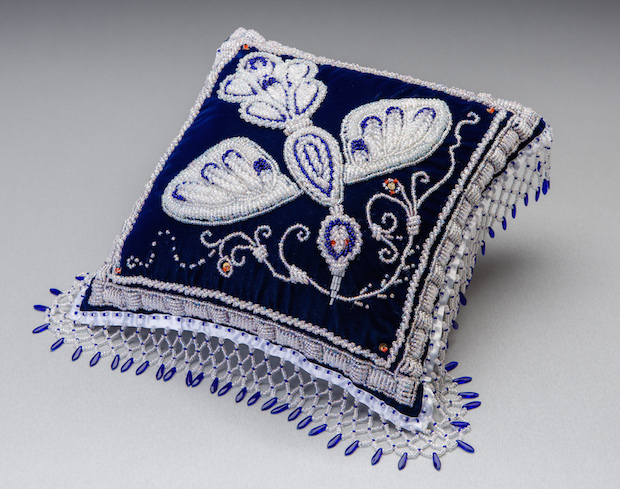 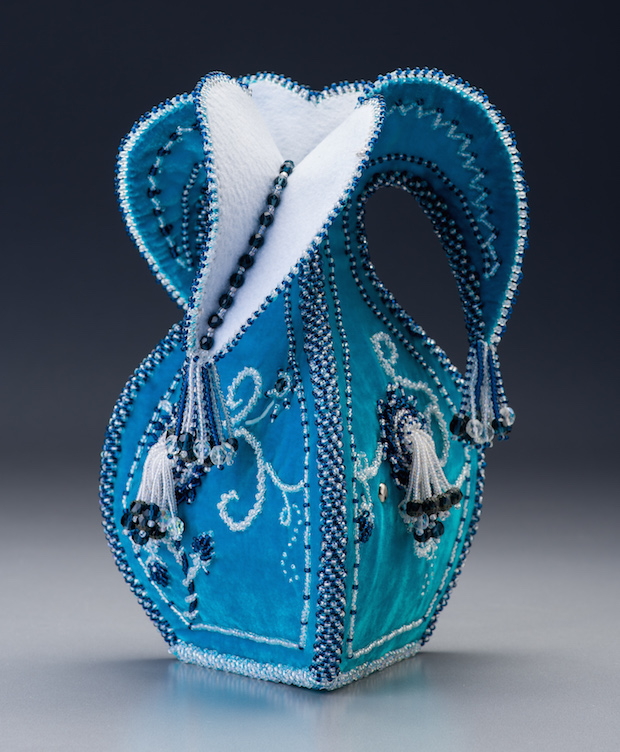