Legendary prizefighter Jack Johnson—the first African American to claim the title of world heavyweight champion—“comes so boldly to life” in The Big Smoke “one almost wants to duck” (Boston Globe). This third collection of poetry by award-winning poet and Indiana University professor Adrian Matejka has “the lean, long jab and agile step of a boxer” (National Book Foundation). Winner of the Anisfield-Wolf Prize and finalist for the Pulitzer Prize, the National Book Award, and the Hurston/Wright Legacy Award, The Big Smoke explores the fighter’s journey from poverty to one of the most coveted titles in sports through the voices of Johnson and the women who knew him best. It’s a “rich, sometimes disturbing portrait of a fascinating, flawed, and complex man” (Washington Post) who “is troubled by his own demons but determined to win the ‘fight of the century’” (National Book Foundation).

"When I clinch a man,
it's like being swaddled in forgiveness."
— from The Big Smoke

“When two boxers of even skill are in the ring together, the contest is as much about movement as it is [about] landing punches…the action that leads to or follows the punches is where the poetry lives…”—Adrian Matejka in the Cleveland Plain Dealer

It took Adrian Matejka two years of research before he was ready to write the first poem for The Big Smoke, a book that gives voice to the life and legacy of the boxer Jack Johnson. Johnson was born to ex-slaves during the Jim Crow era and became one of the most famous people in the world when he claimed the title of world heavyweight champion in 1908—the first African American to do so. To Matejka, the epic story of Johnson’s rise and fall naturally lent itself to poetry. “He managed to win the most coveted title in sports,” said Matejka, “but through the combination of his own hubris and the institutionalized racism of the time, he lost everything” (National Book Foundation).

The majority of the poems in the book are “persona” poems: poetic monologues written in Johnson’s voice. “What drew me to Jack Johnson…was his inability to speak for himself historically,” Matejka said. The “post-Reconstruction institutions—the newspapers and other media in particular—were in opposition to his success and did what they could to subvert him” (Barely South Review), all while they shaped his public image. Matejka also includes poems in the voices of three of Johnson’s lovers. “There was a story [Johnson] used to tell,” Matejka said, “about beating up a 25-foot shark while he was diving for shells. When he was 12. With his bare hands. The kind of fabulist who would add shark-fighting to his mythology is not the kind of person who is going to present himself in any self-aware or emotionally vulnerable way. So that’s where the other voices in the book come in” (National Book Foundation).

The book opens with poems that give us a glimpse into Johnson’s experiences as a young man. In “Battle Royal,” a young Johnson is stripped down, blindfolded, thrown into a ring, and told “only/ the last darky on his feet gets a meal.” In “Blues His Sweetie Gives to Me,” we feel the bitterness of the cold Chicago nights when Johnson travels there without a dime to help advance his boxing career. And advance it does, with grueling hard work and despite the relentless, ever-present racism that Johnson must endure. The book chronicles Johnson’s matches against a long line of opponents, building up to the poem “The Battle of the Century,” which refers to the famous match in which the white boxer Jim Jeffries comes out of retirement to try to take back the world heavyweight championship from Johnson. When Johnson wins, the nation erupts, both in celebrations and in violent riots.

Johnson’s famously flashy and unconventional lifestyle—in stark contrast to the racial segregation and second-class citizenship to which he is subjected— is on full display in The Big Smoke. In “Courtship,” he tells Hattie McClay, the first of three white women with whom he has a relationship over the course of the book, that they can bathe in champagne and dry themselves with hundred dollar bills. In the poem “Equality,” we see him flaunt his fast, shiny car to a white opponent he is about to meet in the ring. But while Johnson’s bravado is evident in many of the poems, we see a different side of him in the poems titled “Shadow Boxing” and “The Shadow Knows,” which are repeated throughout the book. In these, Johnson trains by sparring with his “shadow”—an inner voice that knows his deepest burdens, vulnerabilities, failures, and desires.

Outside of the ring, The Big Smoke weaves together the stories of three of Johnson’s lovers: Hattie McClay, Belle Schreiber, and Etta Duryea (whom he ultimately marries). Each speaks in her own way: Hattie through letters to Belle; Belle through FBI interview transcripts; Etta speaks to us directly. In poems like “Cooking Lessons,” “Fidelity,” and “Marriage Proposal,” we see evidence of Johnson’s physical abuse of these women; in “Aristocracy” and “Il Trovatore,” we witness the tragic toll it takes on Etta.

Matejka says he approached the writing of The Big Smoke—which refers to one of Jack Johnson’s many nicknames—differently than he might have approached writing a traditional collection. “Pretty early on I stopped thinking about the poems as stand-alone events…and started thinking about them as fragments of a character’s story” (Cloudy House). As a result, The Big Smoke is a book of poetry with a strong narrative force, one to read chronologically from beginning to end. “Even if telling the story of the first African-American heavyweight world champion is an historically important task,” noted the St. Louis Post-Dispatch Review, “The Big Smoke never labors. It reads more like a thriller.” 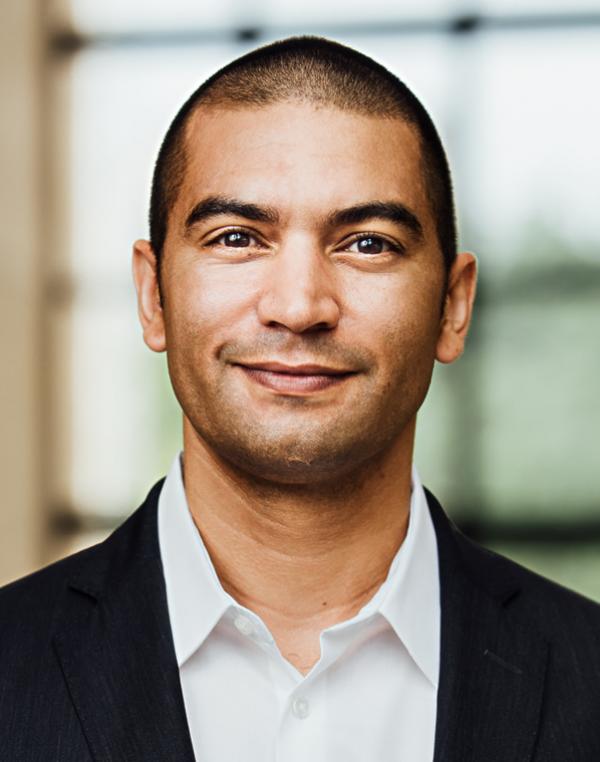 “Since I hover around the edges of poems like a kid at a middle school dance, the act of writing poems for me relies on improvisation in the moment.” –Adrian Matejka in Barely South Review

Born in Nuremburg, Germany, to a military family, Adrian Matejka lived in Army bases all across Europe—and in ten U.S. states—before the age of seven. His family eventually settled in Indianapolis, where they lived in Section 8 housing. He said he was a “near-sighted” and “unathletic” kid—a “sci-fi and comic book geek” obsessed with outer space. “You could be here or on another planet, and every place you go offers an opportunity to be a different person. I saw on some basic level this opportunity for escape from who I was and where I was” (PBS NewsHour). Matejka recalled stargazing through a paper towel tube and saving up money to order a model of a solar system that was advertised in the back of a comic book. He sent in the money, but the model never came.

Matejka also loved rap music and dreamed of being an emcee. In seventh grade, he and a friend formed a rap group called the 2 Furious MCs. “At least that’s what we called ourselves in the living room where we worked on our rhymes after basketball practice,” Matejka said. “We didn’t get any further than the living room because we were pretty terrible. All heart and no talent” (Barely South Review).

Though Matejka says rap has heavily influenced his sense of language, he doesn’t necessarily credit it with leading him to poetry. He was a business major at Indiana University—aiming to be a stockbroker—when he saw the poet Yusef Komunyakaa give a reading at a coffee shop. Watching Komunyakaa read was like watching a jazz soloist. His work “resembled what my favorite emcees like Rakim or Q-Tip did in some ways,” he said. “At the same time, these words were unlike anything I’d heard. I knew then that I wasn’t going to work on Wall Street. I decided I was going to be a poet instead” (Cleveland Plain Dealer). Later, Matejka would study with Komunyakaa as a fellow at the Cave Canem Foundation, an organization that cultivates the artistic and professional growth of African-American poets.

Since then, Matejka has published four books. The Big Smoke (Penguin, 2013), about the legendary boxer Jack Johnson, received the Anisfield-Wolf Book Award and was a finalist for the National Book Award, Hurston/Wright Legacy Award, and Pulitzer Prize in Poetry. A fan of boxing since he was a kid, Matejka did extensive research on Johnson’s life before writing the book.

Matejka’s other collections include The Devil’s Garden (Alice James Books, 2003) which won the New York/New England Award; Mixology (Penguin, 2009), winner of the National Poetry Series and finalist for an NAACP Image Award for Outstanding Literature; and Map to the Stars (Penguin, 2017), which draws material from Matejka’s 1980s childhood in Indianapolis. In 2013, Matejka moved back to Indiana after living elsewhere for nearly 20 years, a return he credited with inspiring this most recent collection. “The emotional and psychic confusion—of growth, of place, of change,” he said, forced him out of the “docupoetics space” he had occupied when he researched and wrote The Big Smoke and into a “more autobiographical, lyric mode” (Southeast Review).

Speaking about his writing process, Matejka said it can take him eight months to finish a poem. “I write it, work to revise it for a while, then put the poem away for a month or two. Then I come back to it and revise it some more after the initial creative shine is gone” (Indianapolis Review). Poetry is always in the back of his mind. “I might be washing dishes or watching a basketball game, but I’m really thinking about poems. I write in bursts: images, melodies, motifs in notebooks, envelopes, on the back of a workout sheet at the gym. My desk is covered with scraps of paper and sticky notes that might become part of a poem later” (Barely South Review).

Matejka is a graduate of Indiana University and the MFA program at Southern Illinois University Carbondale, and currently teaches in the MFA program at Indiana University in Bloomington. In addition to the honors he has received for his books, his many other awards include the Eugene and Marilyn Glick Indiana Authors Award, two grants from the Illinois Arts Council, the Julia Peterkin Award, a Pushcart Prize, fellowships from the Guggenheim Foundation and Lannan Foundation, and a Simon Fellowship from United States Artists. He lives in Bloomington with his wife, the poet Stacey Lynn Brown, and their daughter Marley. He is currently at work on a graphic novel, Last on His Feet, which explores more of Johnson’s story outside of the ring, including his conviction under the Mann Act, his time on the run in Europe and Mexico, and his brief careers as a bullfighter and a spy for the U.S. government during World War I.