Ron Rash has been called “a national treasure” (Seattle Times), a “writer of quiet and stunning beauty” (Huffington Post), and “one of the best writers in America writing about Appalachia” (San Francisco Chronicle). A recipient of a National Endowment for the Arts fellowship and award-winning author of numerous volumes of poetry and prose, Rash “gathers several of the finest stories anyone could hope to read” (Irish Times) in his collection, Burning Bright, winner of the Frank O'Connor International Short Story Award. “The feral [and] beautiful stories in Ron Rash’s Burning Bright evoke Appalachians of a Civil War past—and a meth-blighted present—with the haunting clarity of Walker Evans photographs” (Vogue). The collection is “a slender set of spare and menacing depictions of the unforgiving ways of life in rural Appalachia,” noted the Washington Post. It “finds a narrow sweet spot between Raymond Carver’s minimalism and William Faulkner’s Gothic.” Highlighting the “purity and precision” of Rash’s writing, Booklist calls the stories “deceptively easy to read as they are hard to forget.”

"It's a lot easier to have a conscience about something if you figure it all the way right or all the way wrong."— from Burning Bright

“The characters in Burning Bright are flawed … but they’re not monsters, even when their actions lack compassion or are downright criminal. The worst you can say about them is ‘They’re trying.’” – Pop Matters

Though the 12 stories in Burning Bright cover a wide swath of time from the Civil War to the present day, collectively they tell a story about Appalachia. And though they take us along the winding roads to the old homesteads and subdivisions of the American South, where “the region is a character in and of itself” and “myths and legends and history permeate every story” (BookPage), they also pulse with universal human emotions.

The collection lets us glimpse the lives of farmers and office workers, soldiers and war widows, pawnbrokers and old bar musicians, all struggling to exist in the world. “Rash’s characters…act as they believe they must to save what is dear to them—family members, a marriage, a heritage, a nation, and even a neighbor’s child” (Booklist). They “rely on gritty fortitude, shadowed compassion, and a bone deep alliance to the land and the people they came from to carry on, day to day” (Huffington Post).

The book opens with “Hard Times,” a story set during the Great Depression in which an impoverished farmer and his wife find some eggs missing from their henhouse. In their search for a culprit, their minds wander to their neighbor, a proud, honest man whose family has fallen on even harder times. A thinly veiled accusation prompts a swift, shocking response and ultimately a heart-wrenching revelation. “Any writer knows how to startle. Few can flesh out a simple story of, say, egg theft with the enormously effective understatement used here” (New York Times).

Following “Hard Times” is “Back of Beyond,” a story set in the modern era about a man who discovers the devastation that has befallen his brother and his brother’s wife as a result of their son’s crystal methamphetamine addiction. “These two stories, like everything in the collection, are peppered with essentially good people fallen on hard times; good people struggling to make ends meet and make sense of the world around them; good people trying to hold onto their humanity and dignity in the face of overwhelming pressure” (Independent).

Sometimes the pressure characters face comes not from the outside world but from their own beliefs, fears, and desires, especially if they conflict with the beliefs, fears, and desires of those around them. In “The Woman Who Believes in Jaguars,” an insomniac visits her local zoo and mistakenly accuses a passing woman of kidnapping a child that has reportedly gone missing. No one knows that the accuser once had a child who lived for only four hours. In “The Corpse Bird,” a father sees an owl and, remembering the lessons of his youth about nature’s signs—what others call superstitions—he becomes vehement in his attempts to persuade the parents of his daughter’s sick friend that she must go to the hospital or she will die. In the title story, “Burning Bright,” a newly-in-love, 60-year-old woman refuses to support her neighbors’ suspicions that her young husband may be an arsonist. Her “two-page trip to the grocery store where all of the town’s malice is embodied by one checkout cashier is yet another instance of Mr. Rash’s tactical precision” (New York Times).

“Highlighting the continuity of the human struggle over the ages,” Rash uses “a focused spotlight to illuminate a wider truth about society and our place within it” (Independent). 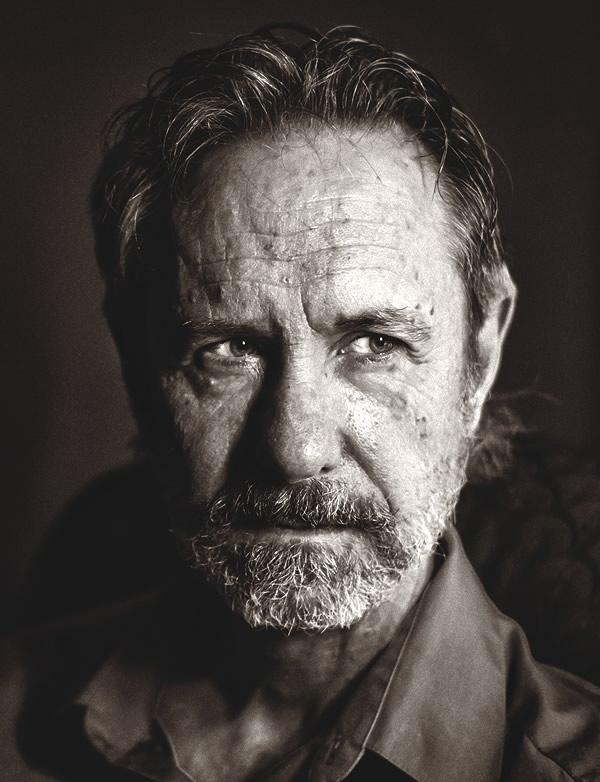 “You go deep enough into a place and you’re going to hit the universal, because you’re hitting what’s true of people.” —Ron Rash in Electric Lit

Ron Rash’s ancestors have called the southern Appalachian Mountains home since the mid-1700s. His parents worked in a textile mill in Chester, South Carolina, where Rash was born and lived until the age of eight, when his family moved to Boiling Springs, North Carolina. His father was “a remarkable man,” he said, a “kid who dropped out of high school at 16 to work in the mill, then through incredible perseverance got his GED, went to college while working full-time, and eventually became a college art teacher” (from an interview with Shepherd University).

Rash was encouraged to embrace language and stories from a young age. Though his grandfather couldn’t read or write, he was—like many of Rash’s older relatives—an entertaining raconteur. “I grew up hearing an Appalachian dialect that you don’t often hear today” (Authors ‘Round the South). Both of Rash’s parents were voracious readers. His mother took Rash and his siblings to the library every week. But he had a special relationship with his grandmother, who had been a schoolteacher in the North Carolina mountains before she married his grandfather and turned her attention to their farm. After his grandfather passed, he’d visit his grandmother at her place in the woods. “I was like Huck Finn. My grandmother would let me go, let me wander. It was a gift. I was not afraid. I just reveled in it. The connections I made with the natural world stayed with me” (Publishers Weekly). He spent a lot of time by himself, daydreaming. “I would make up narratives, telling stories to myself. It was either storytelling or a kind of madness” (Authors ‘Round the South).

He also spent a lot of time reading, though he didn’t start writing until he attended Gardner-Webb University, from which he received a BA. He earned an MA in English from Clemson University and met his wife there. “A book that probably changed my life as much as any was Crime and Punishment.... I remember feeling an almost out-of-body experience. It was so intense, and I think it occurred to me then how wonderful it is that you can do this with mere splotches of ink” (Deep South Magazine).

Following his studies, Rash worked as an instructor in a rural high school in Oconee County, South Carolina, then for 17 years as a teacher for the Tri-County Technical College in Pendleton, South Carolina. Currently, he holds the Parris Chair in Appalachian Studies at Western Carolina University, where he teaches poetry and fiction writing. “My years teaching high school and technical college made writing difficult, but I’ve always believed if writing is important enough to a person, he or she will make time. I got up early to write a couple of hours every weekday, wrote weekends and holidays” (Shepherd University).

In 1994, Rash received a National Endowment for the Arts fellowship in poetry and published his first book, a collection of short stories called The Night the New Jesus Fell to Earth (Bench Press, 1994). Since then, he has written pieces that have appeared in more than 100 magazines and anthologies, as well as numerous critically acclaimed novels and collections of poetry and short stories, including One Foot in Eden (Novello Festival Press, 2002), named Appalachian Book of the Year and winner of Foreword Magazine’s Gold Medal in Literary Fiction; Saints at the River (Henry Holt, 2004), named Fiction Book of the Year by both the Southern Book Critics Circle and the Southeastern Booksellers Association; The Cove (Ecco, 2012); Serena (Ecco, 2008), a novel that was a finalist for the PEN/Faulkner Award and for which he learned how to hunt rattlesnakes with an eagle (Financial Times); and Burning Bright (Ecco, 2010), winner of the Frank O’Connor International Short Story Award.

“I think writing a poem is like being a greyhound,” said Rash when asked how he approaches writing in different genres. “Writing a novel is like being a mule. You go up one long row, then down another, and try not to look up too often to see how far you still have to go. Short fiction is the medium I love the most, because it requires that I bring everything I’ve learned about poetry—the concision, the ability to say something as vividly as possible—but also the ability to create a narrative that, though lacking a novel’s length, satisfies the reader” (Daily Beast).