Called a "literary miracle" by Entertainment Weekly and included on TIME Magazine's list of "100 most influential people," award-winning author, essayist, and philosopher Marilynne Robinson was awarded a 2012 National Humanities Medal by President Barack Obama, one of her biggest fans. Her novel Gilead (Farrar, Straus and Giroux, 2004)—set in Iowa about a preacher looking back on his life, his family legacy, and his beliefs—won the Pulitzer Prize and the National Book Critics Circle Award. "Robinson has composed a novel as big as a nation, as quiet as thought, and moving as prayer" (Kirkus Reviews, starred). "One feels touched with grace just to read it" (The Washington Post). Writes Mark O'Connell in The New Yorker, "I have read and loved a lot of literature about religion and religious experience—Tolstoy, Dostoevsky, Flannery O'Connor, the Bible—but it's only with Robinson that I have actually felt what it must be like to live with a sense of the divine."

"This is an interesting planet. It deserves all the attention you can give it." —from Gilead

Called a "literary miracle" by Entertainment Weekly and included on TIME Magazine's list of "100 most influential people," award-winning author, essayist, and philosopher Marilynne Robinson was awarded a National Humanities Medal in 2012. Her novel Gilead (Farrar, Straus and Giroux, 2004)—set in Iowa about a preacher looking back on his life, his family legacy, and his beliefs—won the Pulitzer Prize and the National Book Critics Circle Award. "Robinson has composed a novel as big as a nation, as quiet as thought, and moving as prayer" (Kirkus Reviews, starred). "One feels touched with grace just to read it" (The Washington Post). Writes Mark O'Connell in The New Yorker, "I have read and loved a lot of literature about religion and religious experience—Tolstoy, Dostoevsky, Flannery O'Connor, the Bible—but it's only with Robinson that I have actually felt what it must be like to live with a sense of the divine."

"We experience pain and difficulty as failure instead of saying, I will pass through this, everyone I have ever admired has passed through this, music has come out of this, literature has come out of it. We should think of our humanity as a privilege." — Marilynne Robinson in The Paris Review

Reverend John Ames is a Midwestern minister nearing the end of his life in 1956. In his mid-70s and ill, he takes to writing an extended meditation in the form of a letter to his seven-year-old son while being cared for by his much-younger, devoted wife whom he met at church and married late in life. He writes of a life shaped by love for his faith, his vocation and his church, for prayer, for his town (Gilead, Iowa), for his father and grandfather, for his books, for baseball, for his lifelong friend, for his physical life and the splendors of the physical world, for his memories, and for his first wife and infant child whom he lost a long time ago. Marilynne Robinson's novel Gilead (Farrar, Straus and Giroux, 2004) "is a lyrical evocation of existential solitude" (The New York Times Magazine). Robinson "tracks the movements of grace as if it were a wild animal, appearing for fleeting intervals and then disappearing past the range of vision, emerging again where we least expect to find it" (The Atlantic).

Ames's family legacy is steeped in abolition, economic hardship, and conflicting views on religion and war as each generation comes of age. Ames reflects on the escapades of his grandfather, a fiery Civil War chaplain who would steal items from his family's home to give to the less fortunate, and led antislavery raids with John Brown before the war. He preached to his congregation to take up arms and join the fight. He lost an eye in the war and claimed it gave him the ability to speak to God. Ames's father, on the other hand, was a devout, gentle pacifist who preached about peace and didn't get along with Ames's grandfather. Ames is gentle like his father, and a solitary, sorrowful figure for most of his life following the tragic death in childbirth of his young wife, Louisa, and their daughter, Rebecca. Decades later, Lila, a quiet woman with a troubled past and many questions about life and religion walks into Ames's church and they develop a nurturing relationship. Their son is born a year after they marry. The letter Ames writes to his son is in part a wistful elegy to the family he always wanted and finally has—to their happy memories and to a future he won't be able to share.

A central conflict in the novel involves the son of Ames's lifelong friend and Presbyterian minister, Reverend Boughton. John "Jack" Ames Boughton is his parents' pride and joy until he seduces, impregnates, and then abandons an impoverished girl near his university. Despite the family's best efforts to help the girl and her child, the child dies at the age of three, poorly cared for and without her father. In the novel, it is 20 years later and Jack has returned to Gilead. He bonds with Lila over an understanding of mutually troubled histories, much to Ames's dissatisfaction.

Infused with philosophical references and Biblical quotations, the novel contemplates theology, but never with a heavy hand. "Robinson is a Calvinist, but her spiritual sensibility is richly inclusive and non-dogmatic" (The New Yorker). The novel also celebrates the beauty of our physical world and everyday life. "You have to have a certain detachment in order to see beauty for yourself rather than something that has been put in quotation marks to be understood as 'beauty,'" Robinson told The Paris Review. "Cultures cherish artists because they are people who can say, Look at that. And it's not Versailles. It's a brick wall with a ray of sunlight falling on it." Robinson's novel "teaches us how to read it, suggests how we might slow down to walk at its own processional pace, and how we might learn to coddle its many fine details" (The New York Times). Referring to a passage of the novel in which Ames stops on his way to church one morning to watch a young couple walking ahead of him, The New Yorker says "[it] feels like an instinctual insight into a way of experiencing the world."

"Robinson approaches her characters with uncompromising curiosity, but that curiosity is at the same time so patient it is almost chivalrous," writes The New York Review of Books. "Their lives are full of disappointment, and they disappoint others; they are an imperfect lot. But Robinson is not in the business of judging them or lifting them up from sin or meting out narrative justice. Instead, she attempts, insistently and with good humor and respect, to understand them as they attempt to understand themselves." 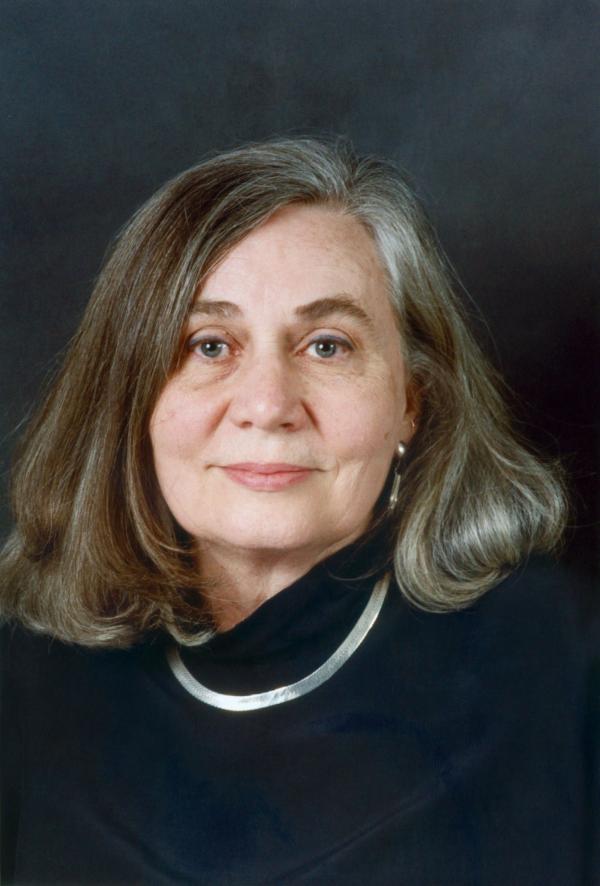 "Robinson is a kind of contemporary George Eliot: socially engaged, preoccupied with the environment and the moral progress of man...." — The New York Times

Marilynne Robinson was born in Sandpoint, Idaho, where her family lived for four generations: her grandparents were farmers and ranchers; her father was in the lumber industry. "My family was pious and Presbyterian mainly because my grandfather was pious and Presbyterian, but that was more of an inherited intuition than an actual fact," she told The Paris Review. Her two sets of grandparents lived at opposite ends of a bridge that crossed a large, cold, beautiful lake, which claimed the life of her mother's brother in a sailing accident before Robinson was born. There are family legends, she recounts, of "homesteading relatives in the 19th century—coming in covered wagons—dark forests, wolves, American Indians coming to ask for pie.... The women in my family always bake pies. And they're vain about it." Her brother—an art historian—told her at a young age that she would be a poet. "He was like Alexander dividing up the world: I'll be the painter, you'll be the poet" (The Paris Review).

Robinson followed her brother to Brown University in Rhode Island, where she nurtured her interest in 19th-century American literature and creative writing. She graduated in 1966, and from there went on to earn a PhD in English from the University of Washington in Seattle. "In college," she said, "I was in a novel-writing class and I started a novel, which I loathed and detested the minute I graduated" (The Paris Review). Once she completed her dissertation on Shakespeare, she began working on her first novel, Housekeeping (Farrar, Straus and Giroux, 1980), now a modern classic. She gave a draft of the novel to a friend and fellow writer, who passed it on to an agent without her knowledge. "If he hadn't done that," said Robinson, "I'm not at all sure that I would ever have submitted it for publication."

It would be 24 years before Robinson published her next novel, Gilead (Farrar, Straus and Giroux, 2004), which won the Pulitzer Prize and the National Book Critics Circle Award. In the meantime, she devoted herself to writing essays, book reviews, and nonfiction books on environmental and public health dangers, the relationship between science and religion, American politics, and the ideas of French theologian John Calvin, which are often reflected in Robinson's works—Robinson identifies as a Congregationalist. During this time, she also moved to Iowa. In 1991, she joined the faculty of the University of Iowa Writers' Workshop, where she taught until her retirement in the spring of 2016.

Gilead is the first book in a trilogy of Robinson's award-winning novels published by Farrar, Straus & Giroux that center around Gilead, Iowa, and share characters that are in some way connected to Gilead's protagonist, John Ames: Home (2008) is about the return of the hell-raising son of Ames's friend Reverend Boughton; and Lila (2014) illuminates the backstory of Ames's wife. "After I write a novel or a story, I miss the characters," Robinson told The Paris Review. "I feel sort of bereaved. So I was braced for the experience after Gilead."

"Robinson has created a small, rich, and fearless body of work in which religion exists unashamedly, as does doubt, unashamedly," writes The New York Review of Books. "Perhaps Robinson is able to write so powerfully and engagingly about religion, even for the nonreligious, even now when the discussion of religion has become so debased by fiery fundamentalism on the one hand and fiery atheism on the other, because she writes about questions rather than answers. Even her preachers do not preach so much as wonder. Morality and judgment are present only obliquely, part of a distant landscape."

Robinson's awards are numerous, her reputation as a major American writer for the ages secure. TIME Magazine included her in its list of "the 100 most influential people." The Library of Congress bestowed upon her its Prize for American Fiction. In 2012, she was awarded the National Humanities Medal by President Barack Obama, one of her biggest fans who sought her out during one visit to Iowa and took part in a recorded conversation with Robinson about her novels, democracy, politics, and Christianity.

In the meantime, she tries to lead a solitary life. She is divorced with two grown sons. "I go days without hearing another human voice and never notice it," she told The Paris Review. "I owe everything that I have done to the fact that I am very much at ease being alone. It's a good predisposition in a writer. And books are good company. Nothing is more human than a book."