A novel-in-stories about passion, family, and the importance of cultural identity, Love Medicine examines the struggle to balance Native-American tradition with the modern world. Using an eclectic range of comic and tragic voices, Louise Erdrich leads the reader through the interwoven lives of two Chippewa families living in North Dakota. This modern classic is an often sad, sometimes funny look at the ways family and tradition bind us together.

"I didn’t grow up wandering among trees, or with streams of water around me; I grew up really looking at the sky." —from NEA interview

A novel-in-stories about passion, family, and the importance of cultural identity, Love Medicine examines the struggle to balance Native-American tradition with the modern world. Using an eclectic range of comic and tragic voices, Louise Erdrich leads the reader through the interwoven lives of two Chippewa families living in North Dakota. This modern classic is an often sad, sometimes funny look at the ways family and tradition bind us together.

Good writing means revising, and sometimes the process never ends. Since Love Medicine was initially released in 1984, several editions of the novel have been published. The 1993 version contained material not included originally, such as the stories “Lyman’s Luck” and “The Tomahawk Factory.”

Revisiting the book for the 25th-anniversary edition, Erdrich felt that these two stories “interrupted the flow” of the novel’s final pages and chose not to include them. Erdrich explains in her author’s note at the end of the 2009 edition that she now understands she is “writing one long book in which the main chapters are also books” and that the characters in Love Medicine “live out their destinies” in her later work.

In a 1991 interview with Writer’s Digest, Erdrich noted, “People in [Native-American] families make everything into a story … People just sit and the stories start coming, one after another. I suppose that when you grow up constantly hearing the stories rise, break, and fall, it gets into you somehow.” These storytelling techniques manifest themselves in Erdrich’s fiction through the distinct voices of her characters and her complex, layered storylines.

Structured as a novel-in-stories, Love Medicine spans the half-century from 1934 to 1984 in rural North Dakota. The book’s chapters are told from the perspective of several different narrators weaving together the lives of two Chippewa families. The novel is not a linear path through time. Instead, it begins in 1981, loops back to the 1930s, and then proceeds forward into the mid-1980s.

In the book’s opening pages June Kashpaw, a renegade and free spirit, freezes to death in a snowstorm. The book then looks back to the departure of June’s aunt Marie Lazarre from the Sacred Heart Convent in 1934. On Marie’s way home she meets Nector Kashpaw, who will eventually become her husband. Nector had been romantically involved with Lulu Nanapush, but his chance encounter with Marie changes all three lives and their families forever.

By allowing these characters and others to tell their own stories with varied voices and perspectives, Erdrich created both memorable individuals and a testament to the ways that family can bind us together.

Marie Lazarre Kashpaw
Marie claims to be “part-Indian,” although she was born into a family of French descent. She spends part of her youth in Catholic school, and eventually enters the Sacred Heart Convent.

Nector Kashpaw
Nector is a successful, educated tribal leader. He marries Marie, but in middle age he resumes a relationship with his old flame, Lulu. Years later Nector’s dementia requires that he and Marie move into senior housing, where Lulu also lives.

Lulu Nanapush Lamartine
“No one ever understood my wild and secret ways,” Lulu claims, by way of explaining her many love affairs. Despite her wandering eye, Lulu is a good mother, raising eight boys, and finally a girl, over many years.

Lyman Lamartine
Lyman is the son of Lulu and Nector, conceived during her marriage to Henry Lamartine. After Lyman witnesses his brother’s death by drowning, he falls apart.

Lipsha Morrissey
Lipsha is blessed (or cursed) with “the touch,” the gift of healing. He was raised by Marie Lazarre Kashpaw, whom he thinks of as his grandmother, but resists learning his birth mother’s identity. 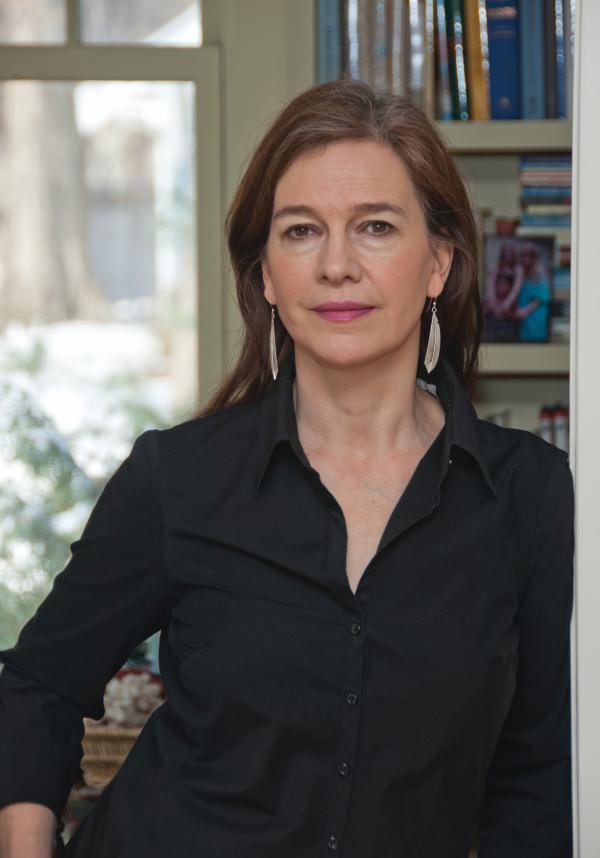 A member of the Turtle Mountain Band of Chippewa, Louise Erdrich was born in Little Falls, Minnesota, in 1954, the oldest of seven children. Her mother is of French and Ojibwa heritage; her father is German American. Erdrich’s parents both taught at a Bureau of Indian Affairs school located on a nearby reservation.

Erdrich was raised in a literature-rich environment; her father often recited the poetry of Robert Frost and Lord Byron from memory. He also introduced young Louise and her siblings to William Shakespeare, and encouraged them to write stories of their own. Her father paid her a nickel for each of her earliest stories, and her mother created homemade book covers for these works. Erdrich has joked, “at an early age I felt myself to be a published writer earning substantial royalties.”

Erdrich entered Dartmouth College in 1972, where she met writer Michael Dorris. He had also arrived at Dartmouth that fall, as the head of the college’s newly formed Native-American studies department. Although they did not develop a close relationship during Erdrich’s time as an undergraduate, they became reacquainted years later and were married in 1981.

After graduation, Erdrich taught poetry and writing through the State Arts Council of North Dakota, and balanced her writing life with a variety of jobs: in construction, as a lifeguard, and as a weigher of commercial trucks. This last experience found its way into Love Medicine, in the chapter titled “Scales.”

In 1978, Erdrich enrolled in the graduate writing program at Johns Hopkins University, and began sending her poems and stories to publishers. In 1982 her story “The World’s Greatest Fishermen” which eventually became the first chapter of Love Medicine, won the Chicago Tribune’s Nelson Algren fiction award. Many of the chapters in Love Medicine were first published as stand-alone stories.

During their marriage, Erdrich and Dorris often collaborated on their writing, reviewing multiple drafts and reading their work out loud to each other.

Michael Dorris had three adopted children, all of Native-American heritage, at the time of his marriage to Erdrich, and the couple had three biological daughters. The couple separated around 1995, and Dorris died two years later.

An Interview with Louise Erdrich

On February 27, 2009, Josephine Reed of the National Endowment for the Arts interviewed Louise Erdrich. Excerpts from their conversation follow.

Josephine Reed: Tell me about your childhood.

Louise Erdrich: My mother is French and Chippewa—that’s the same as Ojibwa or Anishinaabe—and my father is German. My parents were teachers for the Bureau of Indian Affairs. I grew up in a small town surrounded by a mixture of Native people and farm people and small town people, and I always just accepted that everybody accepted who I was and I accepted who they were. I knew about Ojibwa traditions because of my grandfather, but I didn’t really understand what was happening in that world. It took me a long time. I really had to look for the knowledge, and a lot of wonderful people helped me. But I was raised as a Catholic and went to a Catholic school.

JR: The beginning of Love Medicine sets up an extraordinary geographic scene. Can you describe the plains?

LE: I grew up in the Red River Valley, where you really just have a flat tableland and horizon. To me, the intimacy of the detail on the ground was always so wonderful and beautiful. The changing landscape of the clouds was something that was always there for me. So I didn’t grow up wandering among trees, or with streams of water around me; I grew up really looking at the sky.

JR: How do you summarize the plot of Love Medicine?

LE: The plot is really two words. The plot is going home. In the beginning, a woman—named June—who has seen everything and has come to the very end of her despair begins to walk toward home, not knowing that she’s going to pass into a blizzard. By the end of the book, through many turns and twists, it is her son who finally brings her home.

JR: Yet you begin the book with June’s death.

LE: June doesn’t really die in the book because her spirit is living on through other people, through this odd form of a car. The cars are vehicles for the spirit in this book and the car, the Firebird, is a part of June that comes and goes—it even serves as an escape, as a vehicle for a sort of rebirth. In the end, she is somehow allowed to come home through the agency of that car.

JR: Your characters are flawed and imperfect, but they still have grace.

LE: The doctrine of grace really came to me over and over in the writing of the book because often the characters who didn’t expect it, or want it, or even look for it became the vessels of grace. There’s a great deal of Catholicism and traditional medicine—it’s a great mixture—in the book.

JR: Where did the character of Lulu come from?

LE: I love Lulu, and I really don’t know where she came from. She loves the tremendous sensual beauty of experience in the world, and she says, “I was in love with the whole world and all that lived in its rainy arms.” She’s able to take in anything that happens and turn it into something that’s rich and exciting. And she somehow has a little magic in her, in the way she handles her sons.

JR: Louise, is there anything you’d like to add?

LE: The Big Read is a huge opportunity for people to look further into the existence of Native-American people. There are over 560 federally recognized tribes in the United States. If anything, I just hope someone goes and opens up another book by another Native writer after this.