Some people were surprised when The Maltese Falcon, a detective novel, appeared on The Big Read list. Yes, it is a detective novel—one of the best ever written. It’s also a brilliant literary work, as well as a thriller, a love story, and a dark, dry comedy. The only criticism one could offer Hammett’s private-eye classic is that it is so much fun to read, it might be hard the first time through to realize how deeply observed and morally serious it is.

"I’m one of the few—if there are any more—people moderately literate who take the detective story seriously." —from a 1928 letter to Blanche Knopf

Some people were surprised when The Maltese Falcon, a detective novel, appeared on The Big Read list. Yes, it is a detective novel—one of the best ever written. It’s also a brilliant literary work, as well as a thriller, a love story, and a dark, dry comedy. The only criticism one could offer Hammett’s private-eye classic is that it is so much fun to read, it might be hard the first time through to realize how deeply observed and morally serious it is.

Dashiell Hammett's third novel, The Maltese Falcon (1930), set the standard by which all subsequent detective fiction would be judged. Hammett's clean prose and sharp ear for dialogue produced an exceedingly readable novel with enough twists to keep the reader turning the pages in search of clues.

Set in San Francisco, the story takes place over a six-day period, beginning Wednesday, December 5, and ending Monday morning, December 10, 1928. A tough, independent detective, Samuel Spade is hired by the beautiful and mysterious "Miss Wonderly," who walks into his office pleading desperately for help finding her sister. This bogus job gets Spade's partner, Miles Archer, and a thug named Thursby killed that same night. Though he disliked Archer, Spade's personal moral code dictates that "when a man's partner is killed he's supposed to do something about it."

The police question Spade's innocence because he and Archer's wife were having an affair. After Miss Wonderly summons Spade to her hotel the next day, she confesses that her real name is Brigid O'Shaughnessy. Spade knows he's being manipulated but remains uncertain about Brigid's motives.

He returns to his office, where the shadowy Joel Cairo pays a surprise visit and offers five thousand dollars for the return of a jewel-encrusted black bird.

Spade soon realizes that O'Shaughnessy, Cairo, and Cairo's boss, Casper Gutman, are all seeking an elusive falcon statuette once owned by the legendary Knights of Rhodes. Sam Spade is not a man to shy away from a fight, but he is also clever enough to play along in order to find the falcon and prove himself innocent.

Who murdered Spade's partner? Where is the Maltese falcon? Is Brigid O'Shaughnessy as guileless as she claims? Will Spade risk himself to save her? Among many other things, The Maltese Falcon is about what it's like to want something—a fortune, a lover, or even respect—so bad that you would kill for it, give up a chance at happiness to get it, until finally the chase itself means more to you than what you're chasing.

The Maltese Falcon is a bomb that starts ticking in the first chapter, ticks faster as it goes, and doesn't detonate until the last pitiless page.

Sam Spade
Cool and strong, grinning his way through his middle thirties, this cagey private detective becomes caught in a chase for the falcon after someone guns down his partner, Miles Archer, in an alley. Spade's personal code drives him to avenge the murder-though whether from honor or just good business is for readers to decide.

Miles Archer
Ten years older than Sam Spade and none too bright, Spade's lecherous partner has never noticed his wife's affair. He misses the holes in an attractive new client's story, too, and pays dearly for it.

Brigid O'Shaughnessy (aka Miss Wonderly)
The consummate femme fatale, Brigid is beautiful, manipulative, and dangerous. A compulsive liar, she tries to use her feminine wiles to charm men into believing what she says and doing what she wants.

Effie Perine
Sam Spade's secretary is devoted and trustworthy, if perhaps a little too trusting of Brigid. After Effie guards a dead body for Spade, he compliments her loyalty and grit by saying, "You're a damned good man, sister."

Joel Cairo
A polished but imperfect crook, Cairo first offers Spade money for the falcon, then holds him at gunpoint—twice—while searching his office.

Casper Gutman
Cairo's corpulent employer describes himself as a man not "easily discouraged when he wants something." His obsession has led him on a 17-year search for the falcon.

Wilmer
Gutman's sensitive young gunman has a smart mouth but not much in the way of brains. As Spade observes, "The cheaper the crook, the gaudier the patter."

"His fingers tore the wad apart and then he had the foot-high figure of a bird, black as coal and shiny where its polish was not dulled by wood-dust and fragments of excelsior."
—from The Maltese Falcon 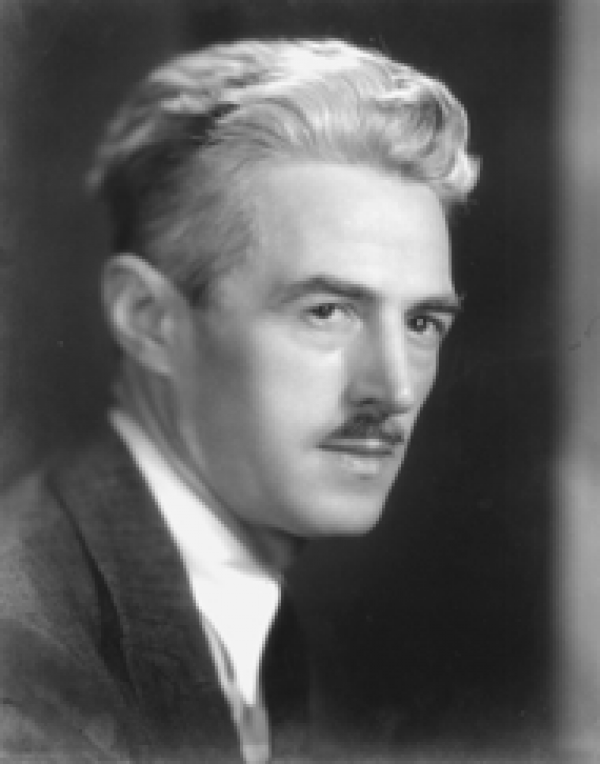 It's possible that more people attended Dashiell Hammett's birth than his funeral. Samuel Dashiell Hammett was born in St. Mary's County, Maryland, on May 27, 1894, on the family farm called, with a touch of fateful poetry, Hopewell and Aim. Hammett grew to be a solitary teenager, quick to fight and hungry to read, a frequenter of libraries. The family's shaky finances obliged him to quit school at 14 and go to work.

In 1915 Hammett joined the Baltimore office of Pinkerton's National Detective Agency and subsequently filed three years of case reports, whose sparsely embellished style colored most everything Hammett ever wrote. When Hammett joined the U.S. Army in 1918, he never got closer to World War I than Camp Meade, Maryland, where he drove an ambulance until his tuberculosis led to an honorable discharge. Hammett then resumed his Pinkerton career in Washington state, where TB eventually landed him back in a military hospital.

There he met Josephine "Jose" Dolan, a nurse whose care proved so attentive that they moved to San Francisco and married in July of 1921. They welcomed their first daughter four months later. In October 1922, after a year of scribbling at the San Francisco Public Library, Hammett sent H.L. Mencken a very short story called "The Parthian Shot" for his magazine The Smart Set. The story was published, launching Hammett's career.

From The Smart Set, Hammett soon graduated to detective stories in the pulp magazine Black Mask about a nameless detective. In time, self-contained stories gave way to installments of serial novels, which Hammett then reworked into the books Red Harvest (1929) and The Dain Curse (1929). He published The Maltese Falcon in 1930, moved to New York, and wrote The Glass Key (1931) and The Thin Man (1934), his last novel.

By 1934, Hammett was written out. Though he had separated from Jose five years before and begun a lasting affair with the playwright Lillian Hellman in 1931, he remained a devoted absentee father to his girls in southern California.

More and more, Hammett concentrated his energies on politics. He gave considerable sums of money to help fight fascism in Spain, co-published a magazine called Equality, and gave many political speeches. In 1942, he rejoined the U.S. Army during World War II as an unhealthy 48-year-old private and served three years in Alaska, editing the base newspaper called The Adakian.

But his military service didn't save him during the anti-Communist hysteria of the 1950s, when he spent six months in jail for contempt of court. Senator Joseph McCarthy even succeeded in yanking 300 copies of Hammett's books from State Department libraries around the world, until they were restored by order of one highly placed fan: President Dwight D. Eisenhower.

None of this persecution was good for Hammett's ever-precarious health and finances. He died on January 10, 1961, in a New York hospital. Hellman, his sister, and three cousins buried him three days later in the military cemetery at Arlington, Virginia, roughly 40 miles from his birthplace at Hopewell and Aim.

"I'm one of the few—if there are any more—people moderately literate who take the detective story seriously. I don't mean that I necessarily take my own or anybody else's seriously—but the detective story as a form. Some day somebody's going to make 'literature' of it ... and I'm selfish enough to have my hopes."
—Dashiell Hammett in a 1928 letter to Blanche Knopf

The invention of the detective story predates the invention of the private detective by at least 2,500 years. If Oedipus Rex, the story of a Theban king on the trail of his father's killer, isn't a story of detection, what is? But credit for creating the first true detective probably belongs to Edgar Allan Poe (1809-1849), whose story "The Murders in the Rue Morgue," pioneered the idea of a lone mastermind sifting clues and out-thinking everyone around him. The most popular fictional detective surely remains Sherlock Holmes, the London-based amateur sleuth created by Arthur Conan Doyle (1859-1930).

Dashiell Hammett, first in his short stories for Black Mask and later in his novels, transplanted the genteel British detective story to America and gave it an urban realism that would have baffled Conan Doyle or Agatha Christie. In the 1920s and 1930s, Hammett wrote more than 80 short stories and five novels. His crisp style and vivid slang created a gritty, street-level realism that registered strongly with the public.

Often set in large, corrupt cities, Hammett's stories tend to feature an independent-minded detective, a working man at odds with his violent society. His motivations—whether monetary reward, a search for truth, or the preservation of his integrity—remain for the reader to decide.

As Hammett's great successor Raymond Chandler wrote in his fine, funny essay "The Simple Art of Murder," Hammett "took murder out of the Venetian vase and dropped it into the alley.... [He] gave murder back to the kind of people that commit it for reasons, not just to provide a corpse; and with the means at hand, not with hand-wrought dueling pistols, curare, and tropical fish."

In a phrase popularized by the great newspaperman Damon Runyon, a Hammett detective was "hardboiled": fundamentally a good egg, but far from soft. Hammett's genius lay in devising a style to match his masculine heroes. Even more than his heirs Chandler, James M. Cain, and Ross Macdonald, Hammett never wasted an adjective, refining a tightly visual vocabulary until everything inessential was boiled away.