When Willa Cather's editor first read the manuscript of My Ántonia, he experienced "the most thrilling shock of recognition of the real thing" he had ever felt. Few books pack so much vibrantly genuine life into their pages as this classic novel of the American immigrant experience. My Ántonia teems with romance, violence, tenderness, cruelty, comedy, and tragedy—all bustling side by side in a narrative at once compassionate and gripping.

"An artist should have no moral purpose in mind other than just his art." —from the essay "Commitment" (1894)

A beloved American classic, Willa Cather's My Ántonia (1918) is best summarized by its epigraph: "the best days are the first to flee." In it, the adult narrator, Jim Burden, remembers his childhood through the memory of his friend, Ántonia Shimerda. As Cather herself did, ten-year-old Jim has left Virginia for Nebraska by train and is shocked by the barren prairie on his first wagon ride. Unlike Cather, Jim is an orphan joining his paternal grandparents on the Nebraska Divide.

The novel comprises five sections, called "books" by the author, and may appear at first to lack a cohesive structure. As Cather intended, there is no plot in the usual sense of the word. Instead, each book contains thematic contrasts. Book One, for example, begins with an idyllic autumn of exploration for Jim and Ántonia; it ends with a bitter winter and an unforeseen family tragedy that changes Ántonia's life forever.

In Book Two, Jim's family leaves the prairie for the small town of Black Hawk, where many of the young immigrant women help alleviate their families' financial hardships by becoming the town's "hired girls." After Jim leaves Black Hawk to attend the University of Nebraska, he reunites with Norwegian Lena Lingard, who has become a successful dressmaker in Lincoln. He flees to Boston to avoid a lasting romance with her.

Still, Jim cannot escape his love for either Ántonia or the prairie. Similar to Cather, Jim regards the land as "the happiness and curse" of his life. While living in New York, Jim hears rumors of Ántonia's ruin. More than fifteen years pass before he musters up enough courage to find out what really happened to her.

The novel owes its enduring appeal partly to its universal themes of time, death, youth, and friendship. Children grow up and lose their innocence; the virgin land becomes productive but fenced. Cather's friend Edith Lewis once reflected, "The whole book was a sort of love story of the country." The beautiful elegiac tone of My Ántonia  captures the taming of the American frontier as no other work of fiction ever has. Perhaps most of all, the novel is about memory, as Jim concludes at the novel's end: "Whatever we had missed, we possessed together the precious, the incommunicable past."

"There seemed to be nothing to see; no fences, no creeks or trees, no hills or fields. If there was a road, I could not make it out in the faint starlight. There was nothing but land.... I had never before looked up at the sky when there was not a familiar mountain ridge against it. But this was the complete dome of heaven."

— Jim Burden in My Ántonia 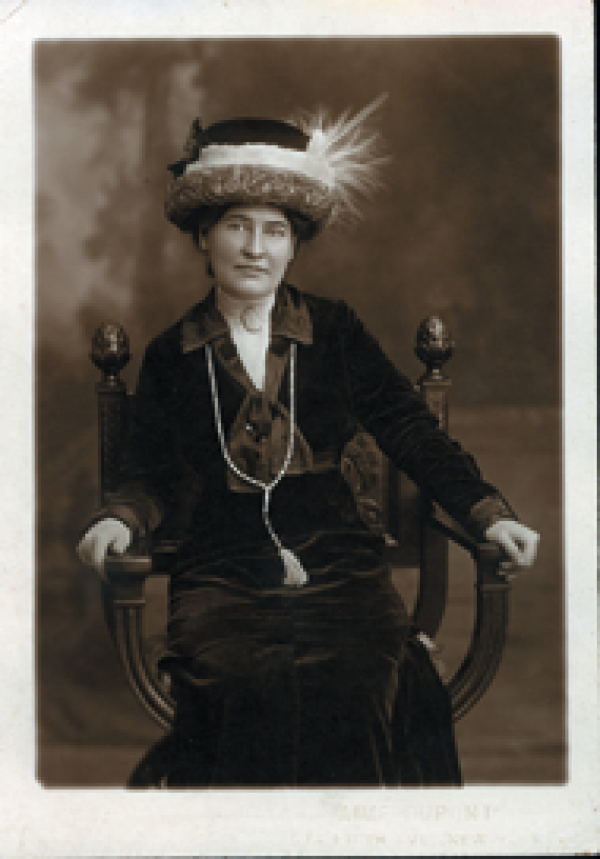 Born on a sheep farm near Winchester, Virginia, in 1873, Willa Cather was named Wilella after her aunt (Willa was her own invention). Cather's grandparents left Virginia for Nebraska in 1877, but the burning of the family's sheep barn gave the final push for her father to uproot his family in 1883. The journey from Virginia's lush mountains to Nebraska's open range shocked the nine-year-old Cather, a transforming experience she later described as "a kind of erasure of personality."

After eighteen months on her grandparents' farm, the Cather family moved to the prairie town of Red Cloud. The privacy of her attic room afforded Cather countless hours to read adventure books, Russian and British novels, and Shakespeare's plays. When she left Red Cloud at age sixteen to attend the University of Nebraska in Lincoln, she wanted to be a surgeon. But after her freshman English professor secretly published her essay on Victorian writer Thomas Carlyle, she decided to become a writer.

Twenty years passed between the publication of this first essay and her first novel. A year after her college graduation, Cather left Nebraska for Pittsburgh to work as the editor of Home Monthly.

In 1899, Cather met Isabelle McClung, the daughter of a wealthy and prominent Pittsburgh judge. Cather later declared that all her books were written for McClung, and their intimate friendship would continue until the latter's death in 1938.

While living at the home of the McClungs, Cather taught English and Latin at two Pittsburgh high schools (1901-1905). During this time she wrote the stories and poems that led to her employment as associate editor of McClure's Magazine in New York.

Between 1906 and 1912, Cather became the foremost woman in American journalism. After she published a book of poetry, a collection of short stories, and her first novel, the separation between her journalism and her art became more pronounced. At age thirty-eight, she gathered enough strength to take a leave of absence from her prestigious job at McClure's, eventually leaving the magazine for good after a transformative trip to the Southwest. In a remarkable five-year period of productivity, she wrote three American masterpieces: O Pioneers! (1913), The Song of the Lark (1915), and My Ántonia (1918).

By the mid-1920s, Cather was one of America's best-loved writers. She won the Pulitzer Prize for One of Ours in 1923, made the cover of Time in 1931, and received the Gold Medal of the National Institute of Arts and Letters in 1944. She died on April 24, 1947, at her home in New York, never finishing a final novel set in medieval Avignon. Despite her acquired affection for the Nebraskan prairie, she chose to be buried on a hillside in Jaffrey, New Hampshire, a place she had loved and returned to every year after her first trip there in 1916. Her grave includes a citation from My Ántonia: "that is happiness; to be dissolved into something complete and great."

"The further the world advances the more it becomes evident that an author's only safe course is to cling to the skirts of his art, forsaking all others, and keep unto her as long as they two shall live."
—Willa Cather, 1894