A Small Story About the Sky

The poetry of Alberto Ríos—Arizona’s first poet laureate—has been featured in film, set to music, and included in more than 300 national and international anthologies. A beloved teacher at Arizona State University in Tempe, winner of numerous awards, including a National Endowment for the Arts creative writing fellowship, and the author of many books of poetry and prose, Ríos is known for work that is charming, magical, and inventive. A Small Story About the Sky is his 13th book. “The poems [in this collection] are playful, nostalgic, witty, imaginative and funny. It’s easy to envision many of them being enjoyed by children (as one hopes they are bound to be)” (Rumpus). "Ríos delivers another stunning book of poems, rich in impeccable metaphors that revel in the ordinariness of morning coffee and the crackle of thunderous desert storms…. This robust volume is the perfect place to start for readers new to Ríos and a prize for seasoned fans" (Booklist). “Rich, surprising, metaphysical, his poems show just how deeply, delicately, tenderly he cares for what is” (Wichita Eagle).

Sprinkled with hints of magic realism and deeply rooted in the desert landscape of the Southwest, A Small Story About the Sky is Alberto Ríos’ 13th book of poems. It is as much a celebration of the everyday—drinking a morning coffee, feeding birds, going to the market—as it is a philosophical exploration of the things that do not exist but are very much real: ghosts from dust caught in the projector at a movie theater, the journey down the drain of washed away detritus while showering, the lines that separate us. The pages are filled with honeymoons and fiestas, fences and mirrors, beetles and crows, remedies and prayers, modern observances and ancient whispers, and a misheard weatherman predicting “rain and a chance of lizards.”

Ríos wrote many of the poems in this collection for specific occasions during his role as Arizona’s first poet laureate. These occasional poems can be found throughout the collection, particularly in the sections called Poems of Public Purpose. “Stardust and Centuries,” for example, was written for a women’s empowerment group; “On Gathering Artists” was for the Arizona Commission on the Arts; several of the flora and bestiary sonnets, as well as “Understanding the Black-Tailed Jackrabbit,” were for the Arizona-Sonora Desert Museum; “Knowledge Neighbors” was for a library; and “Border Lines” was for the grand opening of the Nogales-Mariposa Port of Entry. Ríos recited “Border Lines” in front of an audience of thousands with former Mexican president Vicente Fox by his side. “Occasional poems can often feel forced, can venture into the realm of rhetoric, which is not where we generally want the poem to go,” Ríos’ editor, Michael Wiegers, told the NEA. They’re “tricky to navigate, but he really pulls [them] off.”

Some poems have taken on a public role of their own volition, such as “When Giving Is All We Have,” which has gone viral on social media. BuzzFeed included it in a piece with the title, “12 Painfully Beautiful Poems That Will Give You So Many Feelings.” Originally written for a play called Amexica, “The Border: A Double Sonnet” was used by the rock band U2 during the tour of its album The Joshua Tree. Ríos learned the poem was being used when his son’s friend, who was attending a U2 concert, sent a picture to Ríos’ son of the poem projected onto a giant screen.

Most of the book is written in two-line stanzas called couplets, which lend themselves to Ríos’ “investigations of duality: of life, of mind, of spirit, of circumstance, of location and the physical elements” (Rumpus). “The Thirst of Things,” for example, imagines the Sonoran Desert remembering itself when it was an ocean during the Paleozoic Era, a demonstration of the “fierce what-was in all of us.” “The Border Before” remembers the original intent of the fence that divides Mexico and the U.S., “a way to keep cattle safe,” and reflects on what it has ultimately become. But just as the spaces between the stanzas can say as much as the stanzas themselves, Ríos reminded us that it’s not just duality he’s after. “It’s not black and white, not either/or—it’s also/and,” he told the NEA. “I’m a product of the Southwest, the border in particular, raised in a multiracial household. I was in-between languages, in-between countries. We are surrounded by stabilized, tired ideas. For me, everything had possibility. Everything could be looked at in a different way.”

Ríos’ poems sometimes look at things in a different way through personification: the attribution of human-like characteristics to something non-human. This can be seen in poems like “Winter Lemons;” “The Thirst of Things;” and “Leaves and Leaves,” in which leaves on a tree are described as “webbed hands” whose intent are to block the speaker in the poem from seeing the tree itself. Ríos attributes his ability to humanize plants, animals, and inanimate objects in part to the Spanish language. “In English, we think we own the world” Ríos told BOMB Magazine. “If I take a pen and drop it on my desk, I would say: I dropped a pen.… In Spanish, it might be something like ‘Se me cayó la pluma.’ Don’t think of me, right—think of the pen. We were both there together, partners in the moment. The pen, it fell from me. Maybe I dropped it, but I don’t know for sure. Maybe the pen wanted to fall. It allows for that possibility of an inherent life in things, and more generally, that we maybe don’t know everything.”

The six “Desert Flora” and “Desert Bestiary” sonnets use a combination of personification and metaphor to achieve their effect, with lines like “Prairie dogs at attention are the patient ears of the earth,” “Tarantulas are awkward left hands in search of a piano,” and “Scorpions are lobsters sent west by the witness protection group.” As their titles suggest, the poems are sonnets, but they are also compendiums of greguerías, short single-line poems that “use high drama next to humor, and have resounding depth,” said Ríos (Phoenix New Times). The product is a traditionally Anglo form (the sonnet) married with a traditionally Spanish form (the greguería). “This is the kind of poetry that works like magic on children,” which is “a profound compliment, because metaphor is very easy to understand as a concept (look at something, think of what it reminds you of) but very difficult to execute as a practice” (Constant Critic). “In the long haul of my work,” said Ríos, “I want to say that this place is a life.” 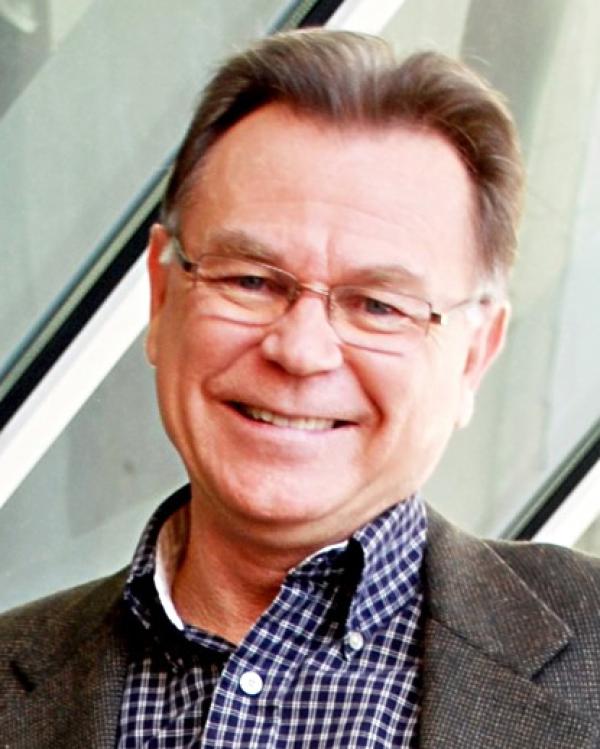 “If poetry can be construed as the best that language has to offer then this is the way to start the best dialogue we can hope for. I don’t have a big neon, yelling rant to offer. I want to talk about what’s in our refrigerators, talk about different parts of how we all get to where we are.” – Alberto Ríos in BOMB Magazine

Alberto Ríos was born and raised in the high desert of southern Arizona. During his childhood, his hometown of Nogales was split in two “first by an idea,” he explained in his memoir, Capirotada, and then by a chain-link fence. There was the American side, where Ríos lived with his parents and brother right behind a Catholic church, and the Mexican side, where members of his extended family lived. Though the fence has since been replaced with a steel wall, Ríos recalled how business, tourism, and parades used to flow freely between the “Two Nogaleses.” “What I remember was that it was calm. It was a congress of friendship. There was respect” (Latinopia).

Ríos’ father grew up in the lush jungle of Chiapas, Mexico. He left home in 1946 at the age of 14 and joined the U.S. Army, serving as a medic in France, North Africa, and England, where he met Ríos’ mother. She was a nurse at the Royal Warrington Infirmary in Lancashire. “My parents are… a great love story,” said Ríos. “I don’t think they compromised how they each viewed the world. So what was great was that there was never one answer to anything” (Phoenix Magazine).

Ríos’ memoir recounted innocent childhood memories of playing in the Nogales Wash (the arroyo); riding his red Western Flyer bike as one of the first TV Guide delivery boys; getting in trouble with his teacher for daydreaming; hopscotching around hundreds of tarantulas that would take over the wet streets after the summer rains; and being the leader of a “gang” of boys in second grade that required new members to drink warm, unsweetened lemon juice. “My upbringing was wonderful and I would not trade it for anything. It showed me how to look at everything in more than one way: different languages, different foods, different laws. The whole world was never simply one-dimensional. And for me as a writer—and later as a poet in particular—that was invaluable” (AARP VIVA).

Reading was less a part of his early childhood than adventuring in part, he said, because he was hard-pressed to find books that depicted Chicano characters to which he could relate. “We were not in books and because of that we didn’t read the books, we didn’t look for ourselves in books” (Latinopia). At one point he turned to science fiction, he explained in his memoir. “It’s not that I loved science fiction, but I loved what it showed me, how there was so much out there. Sometimes as a teenager that’s a hard thing to see.” Writing poetry, on the other hand, he came to on his own. “Never exposed to poetry, he didn’t know how to define his secret, spontaneous jottings in the back of his notebook,” noted Phoenix Magazine. “Only in high school, when he read the poetry collection Coney Island of the Mind by Lawrence Ferlinghetti, did he discover that ‘what I was doing was connected to what other people might be doing.’”

Today, Ríos is a chancellor of the Academy of American Poets and a distinguished professor at Arizona State University, where he has taught for more than 30 years and where he was recently appointed as the new director of the Virginia G. Piper Center for Creative Writing. He is the author of numerous, critically acclaimed books of prose and poetry, including Whispering to Fool the Wind (Sheep Meadow, 1982), winner of the Walt Whitman Award, and four books from Copper Canyon Press: The Smallest Muscle in the Human Body (2002), finalist for a National Book Award; The Theater of Night (2006), winner of the 2007 PEN/Beyond Margins Award; The Dangerous Shirt (2009); and A Small Story About the Sky (2015). He is the recipient of many awards, including the Latino Literary Hall of Fame Award and fellowships from the National Endowment for the Arts and the Guggenheim Foundation. His work is included in more than 300 journals and 300 anthologies; etched in places around Arizona, including the Scottsdale Museum of Contemporary Art, Tempe Town Lake, and the border wall; and has been adapted to dance and both classical and popular music. He has hosted the PBS television show Books & Co., and he is featured in the documentary Birthwrite: Growing up Hispanic.

In his essay “Translating Translation: Finding the Beginning,” first published in Prairie Schooner, Ríos described using language like using binoculars, “how by using two lenses [e.g., Spanish and English], one might see something better, closer, with more detail.” Language, he added, is also an “attempt to understand as much as the understanding itself. It is the how as much as the what, form as much as content, intent as much as words…. Maybe that’s exactly what keeps a computer or a book from doing the job. Maybe that’s what keeps us human, and engaged, and necessary.”