The National Endowment for the Arts is pleased to be participating in the celebration of the 100th anniversary of the 19th Amendment and women’s constitutional right to vote. The Arts Endowment made grants to organizations producing arts projects related to the fight for women’s suffrage as part of this year’s celebration, but the agency has been supporting women artists since its establishment in 1965. One of the first grants the agency awarded was in 1966 to the Martha Graham Dance Company to support its first national tour in 15 years. The Arts Endowment has continued to support projects by women-run and women-oriented organizations and many projects we support are designed to help women enter a career in the arts.

A list of FY 2020 grants by the Arts Endowment in support of the women’s suffrage centennial can be found here.

Creativity and Persistence: Art that Fueled the Fight for Women’s Suffrage 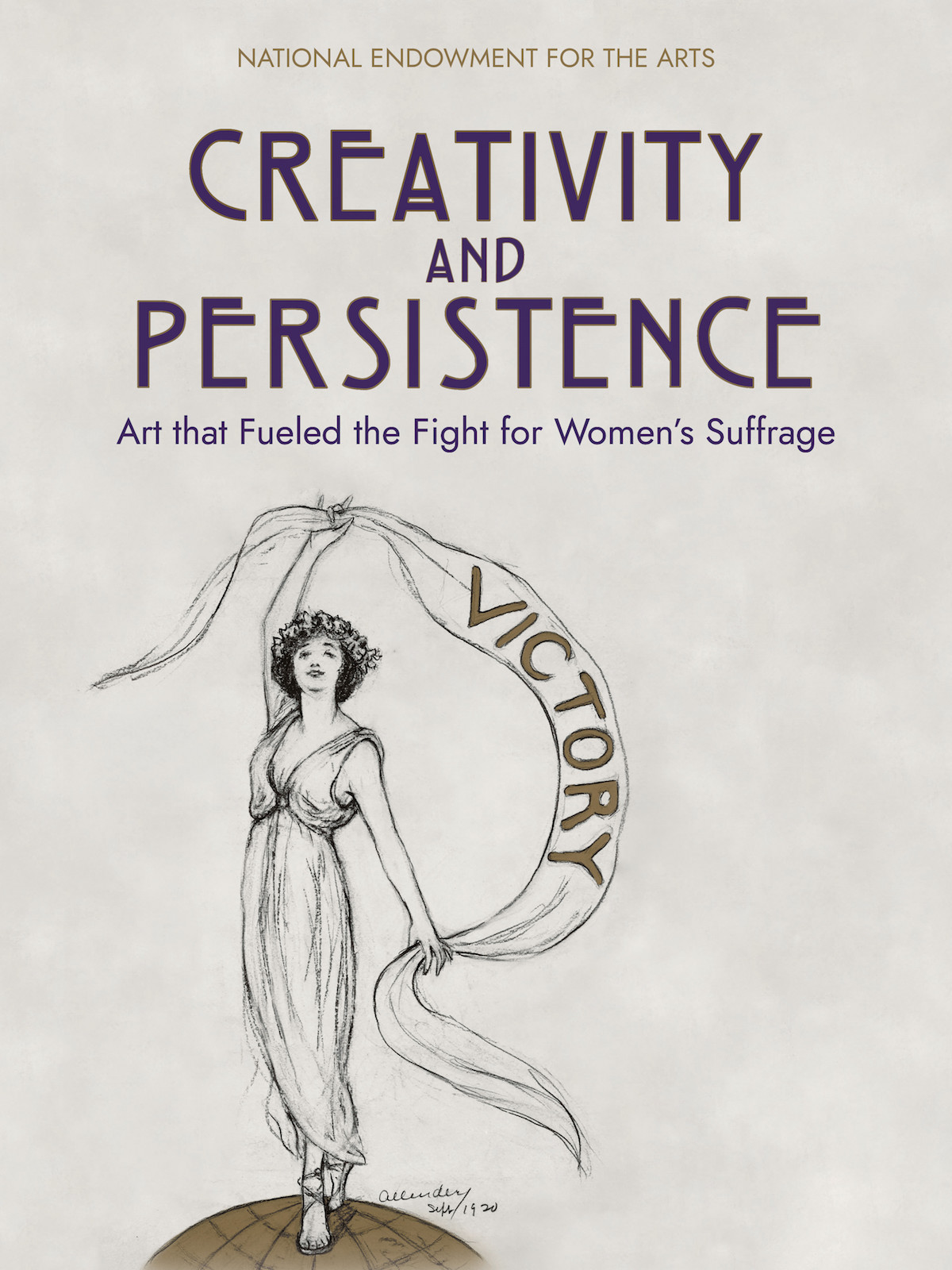 In August 2020, the National Endowment for the Arts published Creativity and Persistence: Art that Fueled the Fight for Women’s Suffrage as part of the centennial celebration of passage of the 19th amendment. The book commemorates how the arts were used to change the image of women in America and illustrate the importance of their full participation in society and politics. Throughout the long and arduous path, the depiction of women and the different perspectives of their roles in society and politics were displayed through literature, poetry, fashion, sculpture, illustrations, posters and, near the end of the battle to secure passage of the defining amendment, sharply acidic and intentionally divisive cartoons.

…or listen to the audiobook!

American Artscape, the magazine of the National Endowment for the Arts 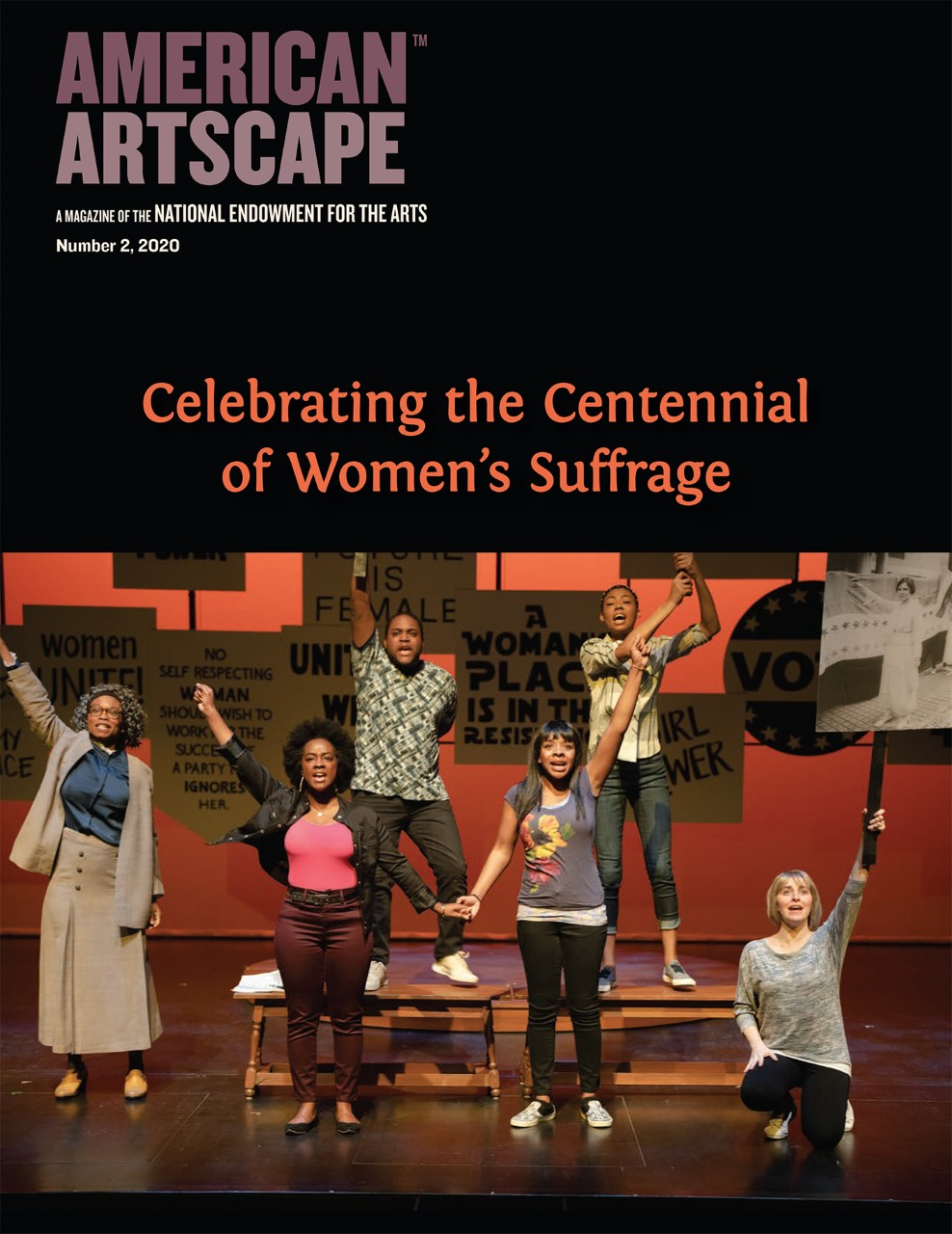 “In honor of the centennial of women’s suffrage, the National Endowment for the Arts is celebrating the many ways the arts have empowered and elevated women, as well as the many ways that women artists have shaped and elevated American art. As part of the agency’s commemoration of this event, we encouraged applicants for fiscal year 2020 grants to submit funding requests for projects that celebrated women’s suffrage and equality. We are featuring a number of those projects in this issue of American Artscape, ranging from a festival that highlights the creativity of women filmmakers to a play for young audiences that outlines the history of the suffrage movement.”

--from the magazine introduction by Chairman Mary Anne Carter 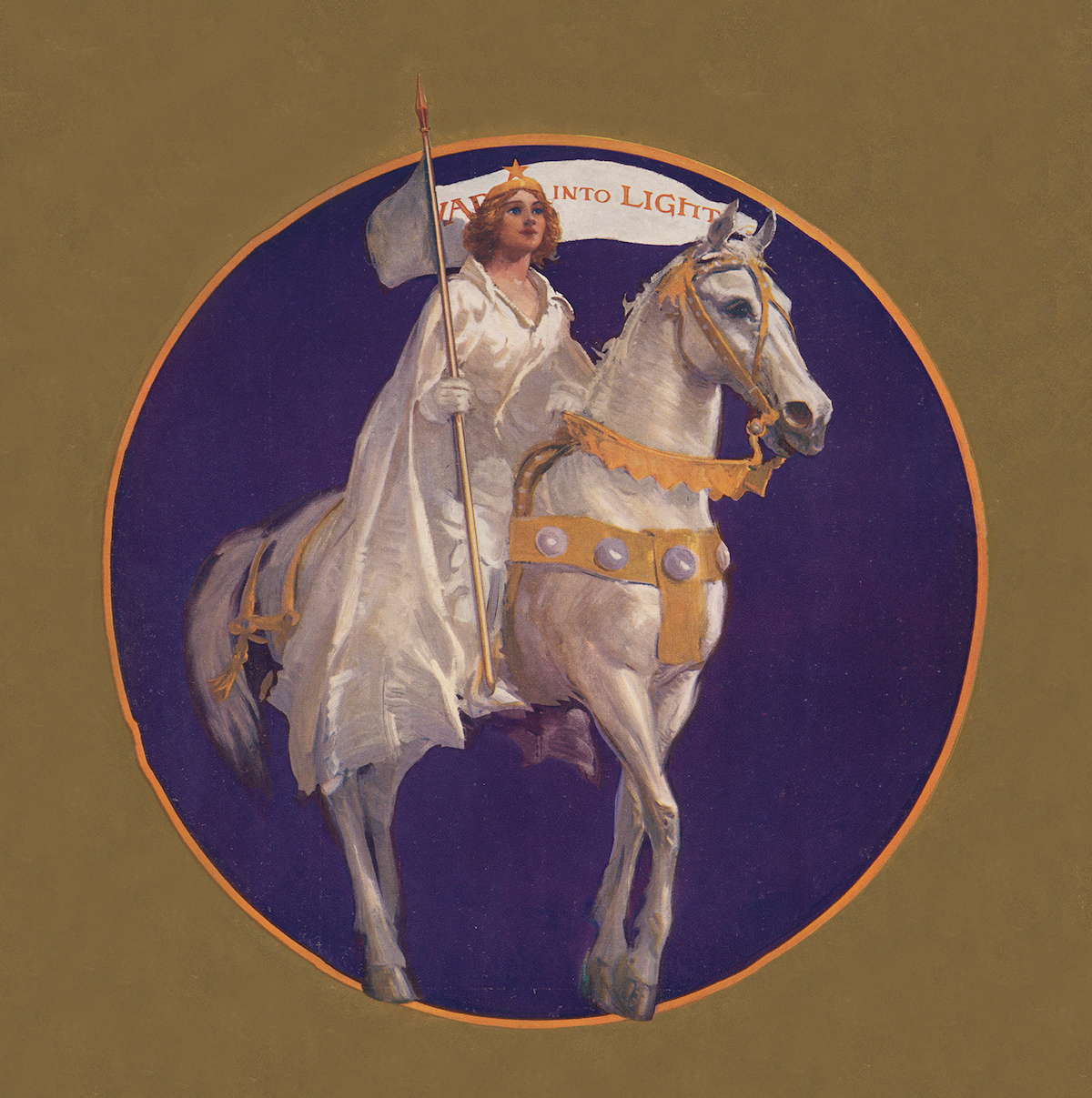 I watched a river of women,

Stream toward the National Capitol.

“Fisher’s imagery of a river ‘rippling purple, white and golden,’ alludes to the hordes of women who would participate in these marches, dressed in the official colors of the suffrage movement: purple symbolizing loyalty, white symbolizing purity, and gold symbolizing light and life.”

--from Creativity and Persistence: Art that Fueled the Fight for Women’s Suffrage

In partnership with the Women’s Suffrage Centennial Commission (WSCC), the Arts Endowment participated in the Forward Into Light project, which worked with federal partners and arts organizations nationwide to light up buildings and landmarks in purple and gold on August 26, 2020, in honor of the historic suffrage slogan, “Forward through the Darkness, Forward into Light.”

See photos of some of the participants here!

The Arts Endowment is also partnering with WSCC and the six regional arts organizations (RAOs) to fund suffrage-themed mural projects in each of the six regions. Each of the RAOs will receive $25,000 to support the creation of a public art mural to commemorate the centennial of the 19th amendment.