Jo Reed:  Welcome to Quick Study, the monthly podcast from the National Endowment for the Arts. This is where we'll show stats and stories to help us better understand the value of art in everyday life. I'm Josephine Reed and I'm here with Sunil Iyengar. He's the Director of Research and Analysis here at the Arts Endowment. Hello, Sunil!

Jo Reed:  What are we talking about this week?

Sunil Iyengar:  Well, let me ask you something first, Jo. Do you play piano? Did you take lessons as a child, for example?

Jo Reed:  No, I was sent to ballet class. My mother did not want me practicing anything in the house that made noise. <laughter>

Sunil Iyengar:  Well, I had parents who got me trained in piano at an early age and I did it for all of four years and then I quit and my parents said, "You know, you're going to regret this," and sure enough, I do. But you know, it's not-- never too late to learn. <laughs> So, I'm saying this because the study I want to talk to you about is about how piano training among older adults-- so those are people between, say, 60 and 80 years old, according to the study-- seems to improve a suite of cognitive skills, known as "executive functioning" as well as some psychosocial outcomes. The researchers are Jennifer Bugos at the University of South Florida, who actually received NEA funding to conduct the study as well as Yan Wang at the University of Massachusetts at Lowell. And so, the article appears in the Journals of Gerontology, Psychological Sciences.

Jo Reed:  Okay, before we talk about that specifically, you should know my stepbrother started studying piano when he was about 35/36, something like that.

Jo Reed:  Because he wanted to learn to play competently a Beethoven sonata.

Sunil Iyengar:  Hm, did he succeed?

Jo Reed:  Yes, he did. He succeeded beautifully! He plays the piano every day. And one of the biggest happinesses in my life is when I visit, I love to lie underneath the piano while he plays Beethoven. <laughter>

Jo Reed:  I highly recommend it. <laughs> But anyway, back to the study, I need to know what do you mean by "executive functioning and psychosocial outcomes"?

Sunil Iyengar:  So, yeah, I called executive functioning kind of a suite of skills. So, that means skills like processing speed, working memory, verbal fluency, memory, and even inhibition, in a positive way, that is. And psychosocial, well, that could have to do with emotional and social behavior. You know, it's typically measured by using these psychometric tests or assessments, or it can be viewed by researchers' kind of taking direct observations of the people they're studying. But it's behavioral change, essentially.

Sunil Iyengar:  And so, from my perspective, there are three things that stand out. First, it's what's called a randomized controlled trial. So, for those who don't know, this is what many social and behavioral scientists posit is the most rigorous method for evaluating the impact of a program to understand its causal relationship to the outcome. So, those are kind of relatively rare in the arts that we fund quite a few such studies through our Research Awards programs. The second thing that caught my attention is the study population. It's easy to assume with so many arts that skill is closely correlated with your ability to get something out of the arts, right? You know, how good you are at doing something. But here's an example where even within a limited engagement where older adults who had had less than three years of music training in their lives still were able to derive serious benefits from immersion in this program.

Sunil Iyengar:  Oh, right, I said there was a third thing! I was taken by kind of how the rewards we see from piano training in older adults had to do with their ability to perform language tasks and specifically verbal fluency. You might not expect this, you know, kind of intuitively as a plausible benefit from playing a musical instrument.

Jo Reed:  That really is interesting. Okay, before we dive further into what the study found, can you explain how it worked, how it was organized?

Sunil Iyengar:  Yeah, researchers recruited older adults-- again, that was 60 to 80 years old-- from large churches, independent living communities, in-service organizations at a large urban center. They ultimately enrolled 155 of these older adults. I should add that they were all free of any cognitive or neurological disorders or learning disabilities at the time of enrollment and they all did fine on hearing tests. The researchers put these people into one of three groups for 16 weeks. One got group piano training. The other group participated in a computer-assisted cognitive training program. And the third was a control group that was wait-listed to receive one of the trainings at a later point.

Jo Reed:  So, what exactly did they measure?

Sunil Iyengar:  So, Bugos and Wang, the researchers tested for skills that have been associated with piano training in previous studies, which is great. You know, because sometimes in a study such as this, the researchers just throw spaghetti on a wall and measure for outcomes they hope will come out of the program. Well, in this case, the researchers Bugos and Wang were very precise by testing for the very skills associated with piano training from those earlier studies. And they also tested separately for factors such as self-efficacy, and musical efficacy, both before and after the training course.

Jo Reed:  Okay, so what did they find?

Sunil Iyengar:  Older adults who took either the piano training course, or who received what I called computer-assisted cognitive training, a computer program essentially, all showed greater increases in working memory and complex processing speed, compared with the control group. However, unlike the computer group, the piano learners, significantly increased their verbal fluency, and in particular, their ability to do what's called category switching.

Sunil Iyengar:  I knew you'd ask. So, it's a measure of cognitive flexibility. So, using a psychological test, the subject is asked in a task to move between one category of words and another. It's a common method for understanding verbal fluency as an executive function. And so, it turns out that older adults who were piano learners, seem to outperform their peers in this.

Jo Reed:  Okay, do they have a sense of what accounts for this? Why this was an outcome?

Sunil Iyengar:  Yeah, so piano requires bimanual coordination as it's called. And training obviously improves this capacity. But bimanual coordination actually mimics other cognitive challenges that older adults might face in other sensory motor tasks. And those require shifting attention from one category to another. Think about it, as the researchers note, piano playing involves, in their words, "fingering patterns, note challenges, and pedaling technique as these skills facilitate information retrieval," in their words. Because these older adults also increase their musical ability as a result of the training, the researchers go on to say that the new skills in executive functioning may have been a transfer effect from that learning.

Sunil Iyengar:  So, Jennifer Bugos, the Lead Researcher on the study, is now heading an NEA Research Lab at University of South Florida, which is looking at the effects of piano training and drumming on fine motor skills of children, young adults and older adults. So, there seem to be plenty of applications for this work.

Jo Reed:  Thank you for talking about it, Sunil.

Sunil Iyengar:  It's a pleasure, thanks.

Jo Reed:  And I'll talk to you next month.

Jo Reed:  That was Sunil Iyengar. He's the Director of Research and Analysis here at the National Endowment for the Arts. You've been listening to Quick Study. The music is "We Are One" from Scott Holmes Music. It's licensed through Creative Commons. Until next month, I'm Josephine Reed. Thanks for listening.

This month on Quick Study, we consider research about the cognitive benefits of piano training for older adults. 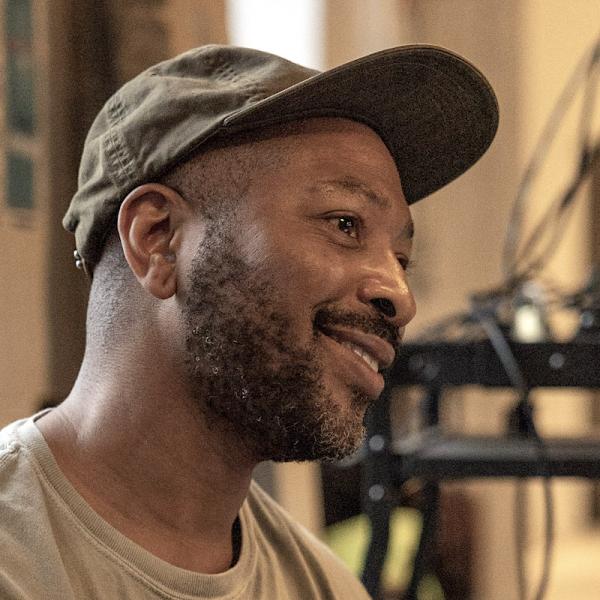 Choreographer/Founder and Artistic Director of A.I.M by Kyle Abraham 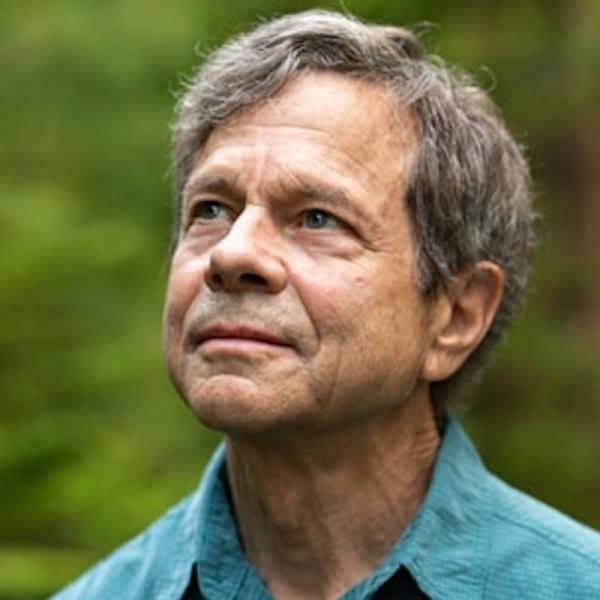 Author, Physicist, and Host of the Series “Searching” 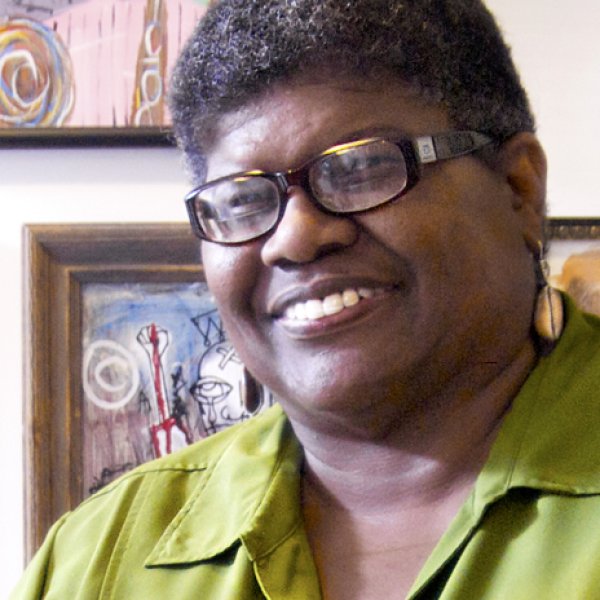