In celebration of the 2019 NEA Jazz Masters—Stanley Crouch, Bob Dorough, Abdullah Ibrahim, and Maria Schneider—the National Endowment for the Arts, in collaboration with the John F. Kennedy Center for the Performing Arts, hosted a free concert in their honor on April 15, 2019 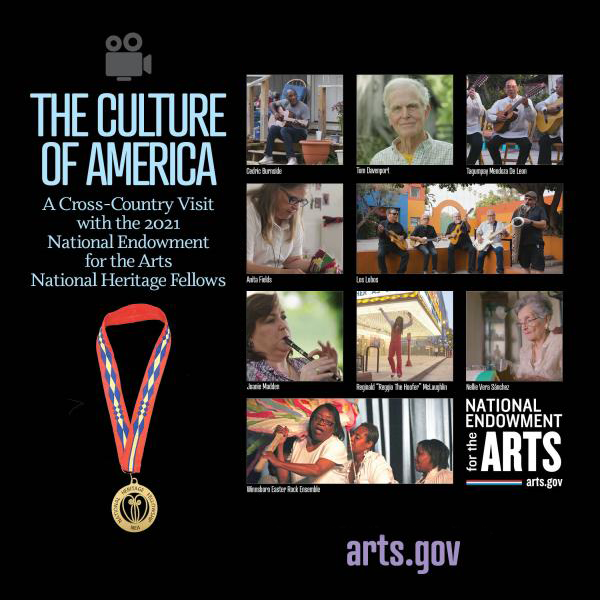 The Culture of America: A Cross-Country Visit with the 2021 NEA National Heritage Fellows