IntroductionBackgroundStaying Engaged: Health Patterns of Older Adults Who Participate in the ArtsCulture and the Arts questionnaire of the Health and Retirement StudyAdditional InformationPress Release

The Culture and Arts module to the Health and Retirement Survey is a longitudinal panel study conducted by the University of Michigan’s Institute for Social Research, and funded by the National Institute on Aging (National Institutes of Health) and the Social Security Administration. The module surveyed 1,498 respondents whose median age was 67.1 years.

Arts participation of adults ages 55 years and older. With a focus on health and aging, the study captures participation through attending arts events and creating works of visual art, performing arts, and media arts. The module also asks about reading habits, and about older adults’ attitudes toward the arts.

The study sample is nationally representative. The Culture and Arts module and the Health and Retirement Study itself allow researchers to examine cross-sectional data about arts participation and self-reported health outcomes in 2014, and to look back at 2002-2014 health outcomes reported by older adults who participated (or did not participate) in the arts in 2014.

Analysis of the Culture and the Arts module to the 2014 HRS shows that older adults who participated in both creating art—such as playing a musical instrument, writing stories, or creating paintings or photographs—and attending/visiting arts events, including concerts, museums, and movies—reported higher cognitive functioning and lower rates of hypertension and limitations to their daily physical functioning.

Older adults also reported positive attitudes toward the arts. For example, 54 percent of respondents reported that the arts helped them stay active and engaged. 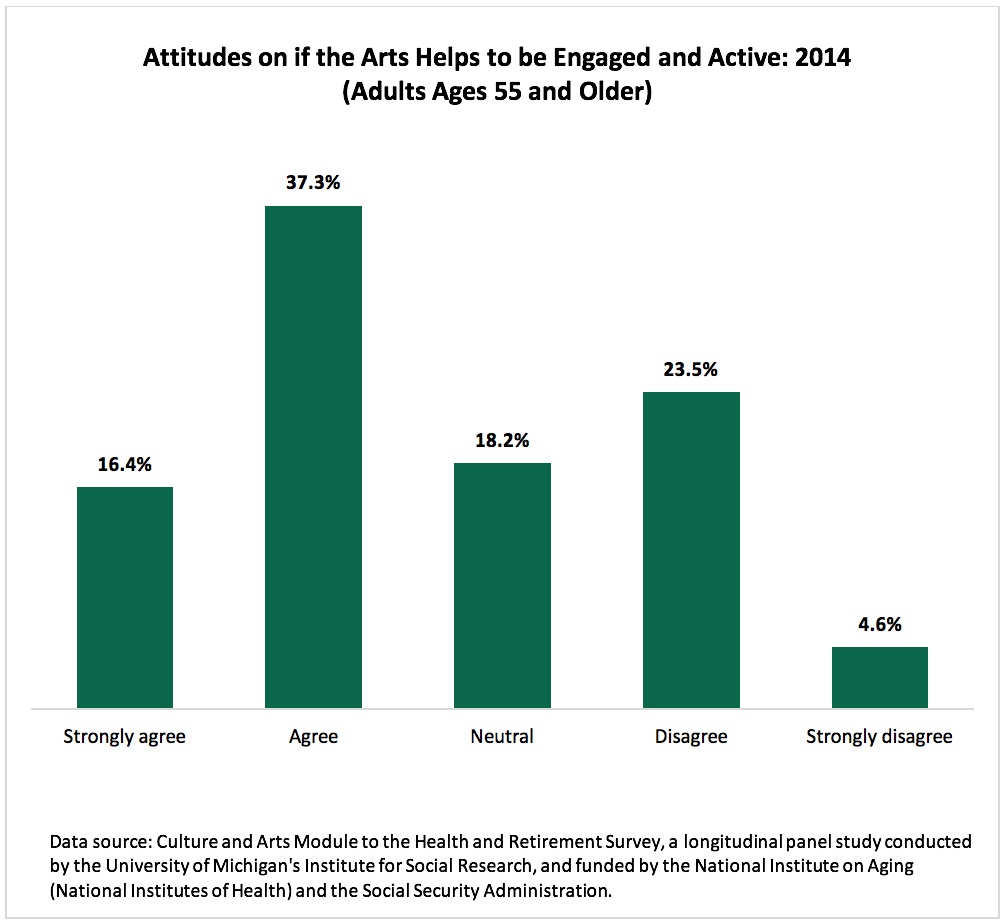