In the past five years, the National Endowment for the Arts distributed $10,874,104 in federal funding, either directly or through state and regional partners, in Kentucky.

In the most recent information (2020) from the Arts and Cultural Production Satellite Account (ACPSA), which is produced jointly by the National Endowment for the Arts’ Office of Research & Analysis and the Bureau of Economic Analysis, U.S. Commerce Department, Kentucky...

Almost 39 percent of Kentucky’s adults attended live music, theater, or dance performances, while more than 14 percent attended art exhibits, according to the 2017 Survey of Public Participation in the Arts, conducted in partnership with the U.S. Census Bureau.

In addition to offering direct grants, the NEA supports national initiatives benefiting people across the country:

An average of more than 2,704 students from 43 high schools in Kentucky participated in Poetry Out Loud annually.

For the NEA Big Read initiative, 314 community events were held in the state involving more than 42,850 adults and students.

On this page, find information on the arts and culture for Kentucky, and how the National Endowment for the Arts has supported the arts in communities throughout the state. Below are highlights of just some of Arts Endowment grantees and artists working in Kentucky.

To find a list of grants awarded by the agency to Kentucky, go to our Recent Grant Search. 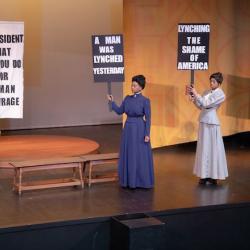 Playwright Diana Grisanti has vivid memories of seeing plays at StageOne Family Theatre in Louisville, Kentucky, as a child and jumped at the chance to write a new play for StageOne about women’s suffrage, which premiered on February 1, 2020, with support from the National Endowment for the Arts.
Read Magazine Article 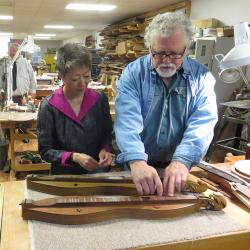 Located in the state’s eastern Appalachian region, Appalachian Artisan Center of Hindman, Kentucky, shows how the arts can provide a way forward for the town’s 750 residents, the community, and the region as a whole.
Read Magazine Article 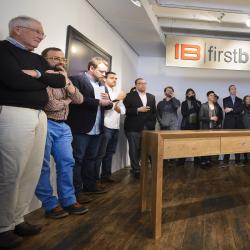 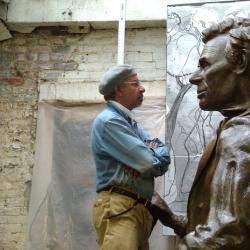 Sculptor Ed Hamilton has been fascinated by three-dimensional objects ever since he was a young boy in Louisville, Kentucky.
Read Blog 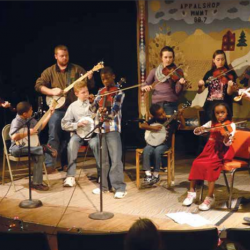 An excerpt from the Arts Endowment publication "How to do Creative Placemaking" looks at Appalshop.
Read Blog 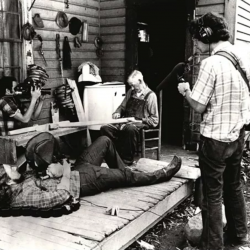 In this 50th anniversary milestone video, we feature the nonprofit Appalshop in Whitesburg, Kentucky.
View Video 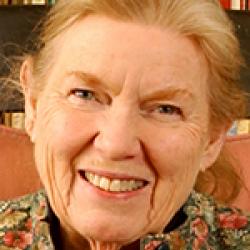 Jean Ritchie, the recipient of the Bess Lomax Hawes National Heritage Fellowship, is a significant musician and songwriter, as well as a cultural activist and chronicler of her home region in the Cumberland Mountains of Kentucky.
Go to profile 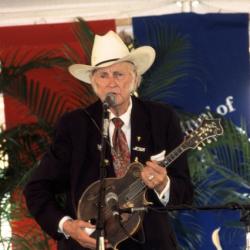 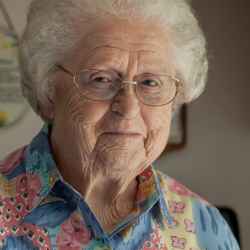 A revered leader in the white oak basketmaking community, 2016 National Heritage Fellow Leona Trulock Waddell is a master artist whose basketmaking skills have been perfected by her years of experience.
Go to profile 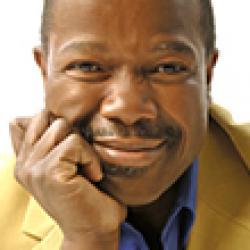 Operatic tenor Everett McCorvey talks about how he was drawn into the music, how he helped build the opera program at University of Kentucky, and the difference between spirituals and gospel, among other topics.
Listen to Audio 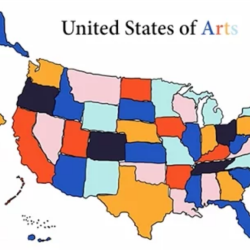 In collaboration with the Kentucky Arts Council, the National Endowment for the Arts looks at the arts and culture of Kentucky as part of its celebration of the 50th anniversary of the agency's establishment.
View Video