[Just before the holidays last year, the NEA released a report jointly produced by its Office of Research & Analysis and the UK’s Arts & Humanities Research Council (AHRC). Titled Measuring Cultural Engagement: A Quest for New Terms, Tools, and Techniques, the report is unlike other NEA research productions in that it does not primarily report new findings—rather, it seeks to review the state of studies about arts participation, both in the U.S. and abroad. Based on input from speakers at a June 2014 symposium held at the Gallup headquarters in Washington, DC, the report earmarks pressing concerns for the future of such studies, and how new technical approaches can yield more relevant measures. The following excerpt is from the report’s preface, which I co-wrote with Geoffrey Crossick, director of AHRC’s Cultural Value Project. To read the report and to view video from the event, along with other supplementary materials, please click here.]

In both the United States and the United Kingdom, arts administrators and leaders of arts organizations find themselves increasingly seeking models for understanding and articulating their work’s relevance to populations, fields, and sectors much broader than those in the past. For some organizations or agencies, this quest carries a fiduciary burden: part of the routine case-making that justifies public or commercial support, or that fuels more effective marketing and outreach.

But the quest is not obligatory. In recent years, arts practitioners and funders in both countries have innovated across multiple domains, whether to enlist the arts in healthcare delivery, to engage artists in energizing and developing communities, to bring arts practice into prisons, or to enable research projects involving arts, science, and technology. In theory if not always in practice, many of these activities now resist facile dichotomies such as formal/informal art or high/low culture. Instead, they often strive to accommodate new, neglected, or hybrid art forms, genres, and activities favored by distinct sectors of the population. The emergence of the digital space for arts consumption, production, and co-creation deepens this fragmentation and diversity still further.

Given the broader context shaping the work of today’s cultural policymakers, it is natural to want to revisit how they track individual, everyday transactions with arts and culture. In the U.S., the National Endowment for the Arts has collaborated with the U.S. Census Bureau since 1982 to measure adults’ arts participation rates over various 12-month periods. Since 2005, the UK Department for Culture, Media & Sport and three partner agencies have co-sponsored an annual survey of adults’ and children’s engagement with arts, sports, and heritage activities. Similar surveys are maintained by other countries, notably Canada and Australia, as discussed in this report, as well as through Eurobarometer for the 27 states of the European Union.

The prospect of rallying cultural agencies and departments that conduct such surveys—of hosting them for a two-day meeting to talk shop and trade notes—would have been a satisfying objective in itself. But the resulting symposium, held on June 2–3, 2014, in Washington, DC, gained greater purpose thanks to a congruence in the missions of two quite distinct sponsoring bodies: the NEA’s Office of Research & Analysis and the Cultural Value Project (CVP) of the UK’s Arts & Humanities Research Council.

In 2012, the CVP was launched as a targeted research initiative to investigate the value that arts and culture bring to individuals and to society. The CVP has now supported nearly 70 academically based research projects of various kinds, the outcomes of which are poised to contribute a substantive knowledge base to this growing international discourse. Also in 2012, the NEA’s Office of Research & Analysis made inaugural awards to projects under its Research: Art Works grants program, designed to support studies that examine the value and/or impact of the arts in American life. As with the CVP, the NEA’s grants program observes a distinction in studying the benefits for individuals and for society as a whole.

In jointly planning a research symposium, therefore, both the CVP and the NEA did not want simply to explore the methodological challenges confronting surveys of arts participation. We also wanted to probe the motivations for fielding such surveys in the first place, to ask whether they are keeping pace with demographic and techno­logical trends affecting both cultural practice and research, and to consider how and under what conditions such data collection might prove more useful—and faithful—to the populations whose activities they are intended to capture.

A lively and sophisticated reckoning of these topics is apparent on each page of the present report. For this, we have the speakers, moderators, and other participants to thank, especially as they came to Washington, DC, from far-flung places to share their knowledge and expertise. If there are no consensus recommendations here, they were never a goal of the symposium. Rather, the report offers sometimes provocative and frequently evidence-based opinions in response to hefty challenges framed by the event’s sponsors and moderators. We know it will serve as a platform for further research and pragmatic inquiry, just as we hope it may augur future col­laborations between the NEA and the Arts & Humanities Research Council. 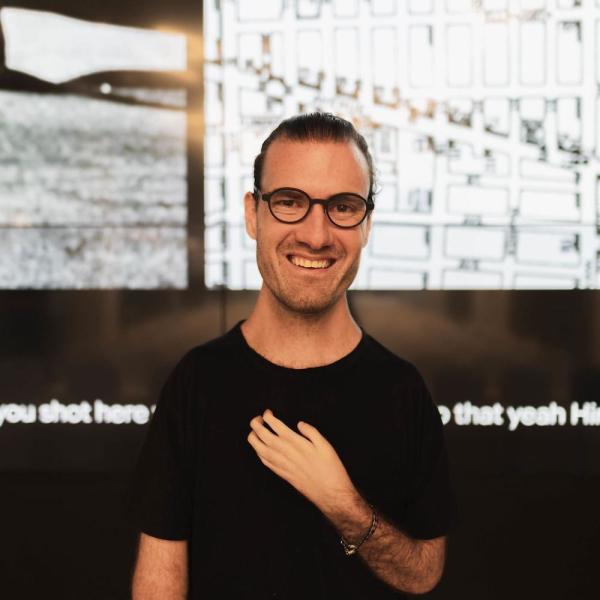