The Narrative of Place: A Look at Creative Placemaking in Pittsfield, Massachusetts

The places we know have stories to tell. Those stories can be powerful assets in rebuilding a place after its economic base disappears. Among such places is Pittsfield, a town of almost 45,000 in the Berkshire Mountains of western Massachusetts that for decades was home to General Electric.

Today Pittsfield has artistic and historic riches that can and are being tapped to shape a future that is uniquely Pittsfield. Among those assets is the area’s literary history as home to some of America’s greatest authors, including Herman Melville, Nathaniel Hawthorne, Henry Wadsworth Longfellow, Henry David Thoreau, and Oliver Wendell Holmes, Sr.

Also from Berkshire County are Tessa Kelly and Chris Parkinson. Each moved away from the county to attend college; then they met, and married. They pursued master’s degrees in architecture and were living in New Haven, Connecticut, when Kelly became part of a project back in Pittsfield.

She had given a presentation at the Berkshire Museum on her master’s thesis about Pittsfield—“Projective Preservation and the Small American City”—that asked how a young architect might engage with a city of limited economic resources in a way that both strengthened the historic narrative of a city and moved it into the future.

After her presentation, the director of the museum and the director of cultural development for the City of Pittsfield approached her with great interest in trying to make her ideas a reality. That meeting led to a partnership, then a project, and then to a 2014 NEA Our Town grant. The result is the Mastheads, a literary artist-in-residency project that pairs five writers with five mobile and architecturally distinct writing studios for month-long writing retreats along with public programming.

Each Masthead studio is an interpretation of the place where one of the five great authors of the mid-19th century, mentioned above, lived or worked while in the Pittsfield area. The studios are eight feet by eight feet, with a bench, writing area, and varied arrangements of windows, doors, skylights, and roof planes. The studios have no plumbing or electricity (although they are sited within walking distance of a host institution that does) and, key to a solitary writing experience, no wifi.

In developing the Mastheads, Kelly and Parkinson said they were building a counter narrative to what Kelly describes as a “banal” type of development that has no connection to its distinct location. As she described, “What we wanted to do was think about what sort of framework we could create for these smaller places to develop in a way that is completely specific to their own histories or their own urban fabric for their own population.”

What they found immediately with the Mastheads and its grounding in local history was community buy-in. Community members recognized their shared history which in turn ignited excitement that led to new programming that is Pittsfield-specific. Among other projects, Kelly and Parkinson created an exhibition about the history of worker housing in Pittsfield (also supported by an NEA grant), focusing on mill neighborhoods along the Housatonic River and, closer to downtown, housing to support shoe and hat factories.

Parkinson said, “That narrative of place gives value and direction to why people are there and that's something that I think is neat about small cities, the clear sense of community.”

In addition to a committed community, partners have joined the project not only to support its vision but to expand on that vision. Kelly and Parkinson engaged Sarah Trudgeon, a poet recently relocated to the Berkshires from Miami, to develop poetry programming in collaboration with the Pittsfield Public Schools. A component of the program uses the architectural models Tessa and Chris constructed for the writer studios as inspiration for students to write poems.

A friend, Rutgers English professor and literary scholar Jeffrey Lawrence, joined the team to research Pittsfield's role in the American literary renaissance of the 19th century. That scholarship led to a book, The Mastheads Reader, that was distributed for free throughout the city. The local newspaper, the Berkshire Eagle, came on board, producing four bi-weekly supplements that examined different elements of the Mastheads: The People; The Project; The Place; and The Product.

The studios are now at MASS MOCA (Massachusetts Museum of Contemporary Art) in nearby North Adams, where they can be rented for half a day. Director Joe Thompson said, “It’s a wonderful, quixotic, beautiful project.”

Kelly acknowledged that the original structures are, “taking on all kinds of new life that we never anticipated.” The Mastheads project not only prompted the couple to eventually relocate to Pittsfield, but it even changed the way they hope to develop their architecture business, moving away from the model of client-initiated and directed jobs to “an architecture firm that is very much of a given place, in a given time that puts value in our own ability to look at the city and uncover possibilities,” said Kelly.

Talking further about their business, Parkinson said, “Because this grant, this project funded by the National Endowment of the Arts, was such a springboard for us in launching our business, we now have two employees, we have too much work, we need to expand. And it all started from this grant about placemaking.”

As unique and successful as Pittsfield’s placemaking project is, will its take on placemaking inform other undertakings in other places? As Parkinson put it, “Can we use Pittsfield as a laboratory and learn from this place then go out and talk to other smaller cities that are in a similar situation economically, socially and see if there are ideas that can go from place to place to help revitalize shrinking cities?”

Given the enthusiasm generated by the Mastheads, the answer is most likely, “Yes.” 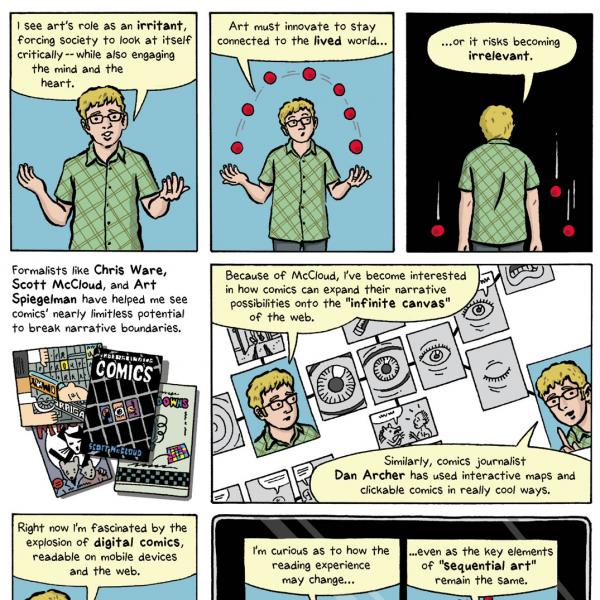