Taking Note: How About Those Undergraduate Arts Majors?

A new analysis from the American Academy of Arts and Sciences’ Humanities Indicators finds that bachelor’s degree conferrals in the arts have remained substantially above average for the past 30 years. The data also show recent growth in the number of arts degrees conferred to traditionally under-represented racial/ethnic groups.

As of 2015, departments and programs in the fine arts and performing arts awarded 80,360 bachelor’s degrees, with another 7,087 awarded for the “humanistic” study of the arts (subfields such as art history, musicology, and film studies, which the Indicators tabulate along with the humanities). This figure is down slightly from the historic peak of 82,778 degrees awarded in 2013 (or 90,543, when humanities subjects are included), and above the annual figure recorded at any point before 2011.

As shown in Figure 1, almost every subfield in the arts experienced some growth in the number of degrees awarded, regardless of whether one looks back to 1987 (the first year covering reliable data) or the most recent decade.

From 2005 to 2015, the fields with the largest growth were the film and photographic arts (with a 29 percent increase) and dance (up 38 percent). The number of degrees awarded in arts, entertainment, and media management also doubled, but from a very small starting point. Degrees in the humanistic study of the arts were also 19 percent higher in 2015 than they had been in 2005, despite a substantial (9 percent) drop in the two most recent years (similar to the rest of the humanities).

The only subfield to experience a decline over the past decade was the fine and studio arts. Bachelor’s degrees in this subfield largely plateaued from 2005 to 2013, before falling 7 percent in the two most recent years. The drop in this area of the arts accounted for a substantial portion of the recent decline in degrees for the field as a whole.

While the number of arts degrees increased substantially over the past decade, this growth lagged behind rapid increases in the number of students earning degrees in engineering, the health and medical sciences, and the natural sciences. As a share of all bachelor’s degrees awarded, the fine and performing arts actually peaked in 2005, when they accounted for slightly over 5 percent of new degrees. As of 2015, the field’s share had fallen to 4.5 percent.

The Demographics of Arts Degree Students

While overall trends in the conferral of arts degrees appear to follow roughly similar tracks, there are notable differences in the underlying demographics of students earning those degrees.

While the arts have a larger-than-average share of women earning degrees in the field, the share of traditionally underrepresented minorities earning degrees in the arts was below the average (Figure 3). As of 2015, 18 percent of the bachelor’s degree recipients in the field were identified as African American, Hispanic/Latino, or Native American/Pacific Islander. This figure compares to 21 percent of graduates awarded a baccalaureate degree that year.

The gap has started to close in recent years, as the share of baccalaureate degrees awarded to traditionally underrepresented minorities increased at a faster rate after 2010. The largest increases occurred in the film and photographic arts, fine and studio arts, and the humanistic study of the arts (with increases of more than five percentage points). The sole exception to this trend occurred in an area not shown here, due to its relatively small size: art, entertainment, and media management. 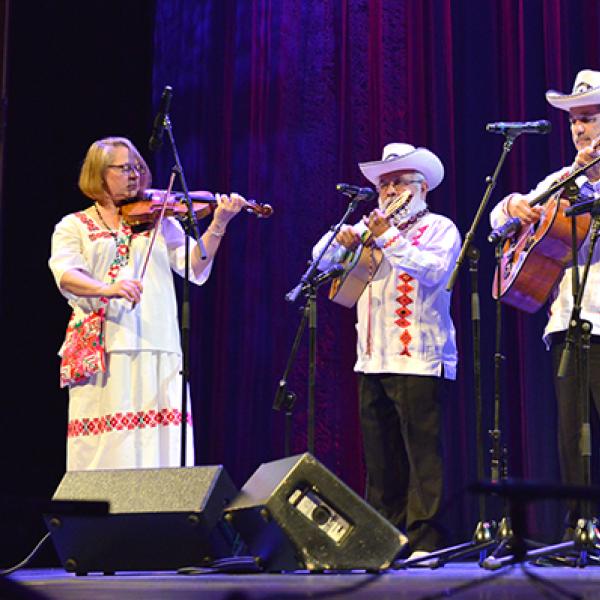