Voices from the Field: Celebrating the 30th Anniversary of the Americans with Disabilities Act

This Sunday, July 26, marks the 30th anniversary of the Americans with Disabilities Act (ADA). This significant anniversary is a time to celebrate, to reflect, and to set goals and expectations for the future. The passage of this legislation in 1990 prohibited discrimination against Americans living with disabilities, mandating barrier-free access—both physically and programmatically—to employment; public services, such as transportation; communication; and to places such as restaurants, schools, and arts venues. The ADA continues to grant access and independence to 61 million Americans, 26 percent of the population, who live with some type of disability, though there is still a long way to go.

For individuals with disabilities to receive full equitable access to opportunities, they must be included in all aspects of planning, creating, building, and implementing ideas to share their diverse perspective and experience. That’s true in the writing room, onstage and backstage, at the planning table, in the audience, and helping to lead the way. The National Endowment for the Arts celebrates #ADA30 and appreciates the contributions and work of artists with disabilities and arts organizations serving people with disabilities.

We’ve asked a few artists to reflect on what the ADA means to them and to tell their stories. Happy anniversary ADA!

"The ADA has improved the lives of millions of disabled Americans through increased access to society, education, and employment over the past 30 years. But there is still so much work to do to realize true equality for disabled people. As an artist, I want the world to see that not only do disabled people have the same Human Rights as any other group, but that disability culture is vibrant, thriving, and makes the world a richer, more diverse, and beautiful place." — Gaelynn Lea, Musician and Public Speaker

"I grew up physically disabled in a pre-ADA world, and those of us from that era, we often took great pride in making our way whatever the obstacles. We were tough. When I was 38 the ADA was passed, and I was finally able to feel the pride (and still do) of having basic civil rights and legal recourse when those rights are infringed—when I was 39, I began to write." — Sandra Gail Lambert, Writer, NEA Literature Fellow

"The signing of the American with Disabilities act 30 years ago was a pivotal moment in American history that captures the spirit of the heroes who fought for equal rights, and the power of their collective voice. For those of us in the disability community, we celebrate that first step when our rights were boldly and clearly inked on paper. Today we stand proudly, and stand together. It's not the disability that defines us, it's the music we make. This landmark day is for us and for every American patriot." — Lachi, Recording Artist, Author

"Having acquired my physical disability a decade before the passing of the ADA, this legislation has meant a life of independence with the ability to actively participate and contribute towards the betterment of society as an artist. By enabling individuals the agency of self-determination, we create diverse communities with broad outlooks and solutions to current and future challenges. Let us move forward in unity and inclusion on this 30th anniversary, which is the heart of the Americans with Disabilities Act.” — Gordon Sasaki, Visual Artist

"The ADA was a foundation on which we can—and must—build. In our work as artists, we must continue to interrogate: are humans of all different forms meaningfully included in our spaces, our companies, our communities? Are we mandating that artists with disabilities are visible and centered, both on our stages and in our audiences? We must continue to fight against the fears and biases that allow our field to justify its fractioned engagement of disabled humans, and actively chart a course toward adapted environments and prideful representation of disability in our work." — Regan Linton, Actor, Director, Artistic Director of Phamaly Theatre Company

"I'm truly excited that this year is the 30th anniversary of the ADA. I never thought that we would have made it to this with all the challenges that people with disabilities face on a day-to-day basis. This law is massive and so strong. It is critical that the ADA is upheld and not tampered with. It is a crucial piece of legislation that affects all people with disabilities and will be important for years and years to come.” — Jason DaSilva, Director, Producer/President & Founder of AXS LAB, AXS Map

"ADA laws are the seed to bring us together as humans through access. I am inspired to share the stories of my people for the purpose of cultural change, justice, health, education, awareness, and enlightenment. Most people know me as a dancer but never really understood that my work is about presenting peoples’ stories and truths on earth, not only my own, and advocating for human rights and access, working to end discrimination and prejudice. I believe in the humanity arts as one of the most powerful tools on earth to instigate change and spread awareness and we can do that through accessibility and true inclusion." — Antoine Hunter, Founder and Artistic Director, Urban Jazz Dance Company; Founder and Director, Bay Area Deaf International Dance Festival

"The ADA is an example of this country working for our collective best interests. It makes accessibility the bare minimum. It changes our dominant design model from one that centers the abled body to one that centers a disabled body and in doing so ends up serving us all. It’s inspiring." — Claudia Alick, Executive Producer

"Having grown up under the ADA, my fights are mainly to increase our imagination of what is possible through art. Due to the brave leaders before me who convened and protested and lived, I have never thought I didn't belong." — Jerron Herman, Interdisciplinary Artist

"I was just a kid when the ADA was passed and also quite young when IDEA became law. To be honest, I did not know much about either until I was a junior in college, looking to graduate school. I was interested in taking the GRE [Graduate Record Examination] and the proctors of the exam told me that I needed to travel to eastern Pennsylvania to sit for the exam, when that was not possible for me to do. I knew that it was wrong under the law but, at the time was not up for the fight. I therefore ended up going to grad school at my second choice, where the GRE was not required. While in my program I studied more about the history and intent of laws pertaining to students and their paths to and through higher education. Now that I work in the arts I think about accessibility, inclusion, and the finer points of the ADA daily. At the Pittsburgh Cultural Trust, we feel strongly that the arts are for all and challenge ourselves to live this sentiment in all that we do." — Vanessa Braun, Manager of Employee Engagement and Director of Accessibility, Pittsburgh Cultural Trust

Beth Bienvenu is the National Endowment for the Arts Director of Accessiblity. Lauren Tuzzolino is the agency's Accessibility Specialist. 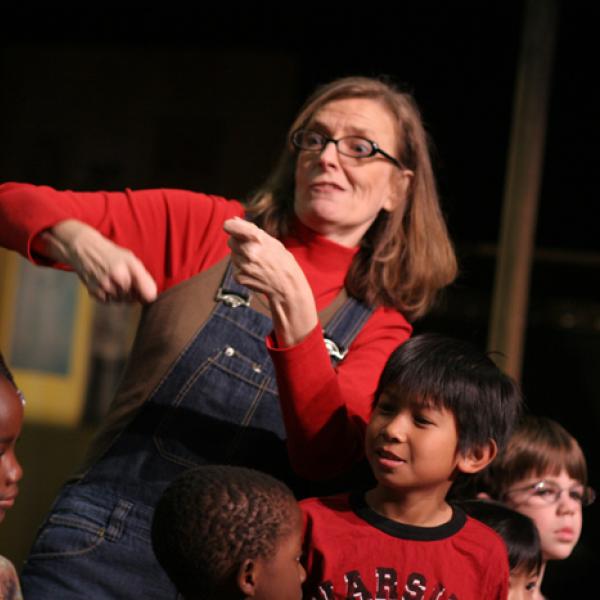 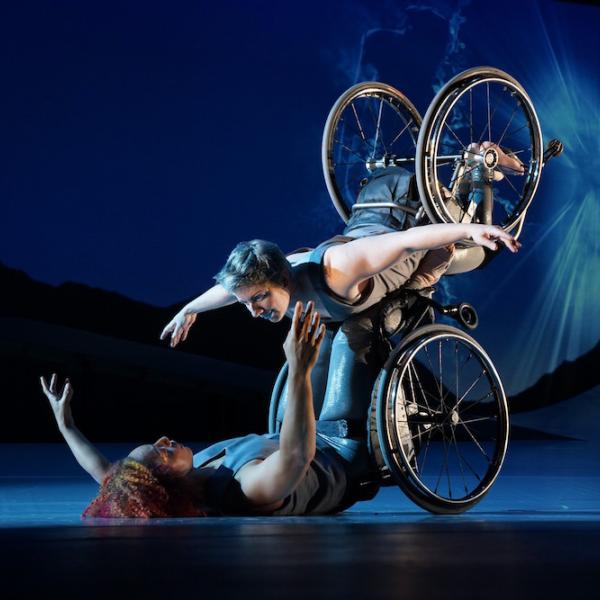 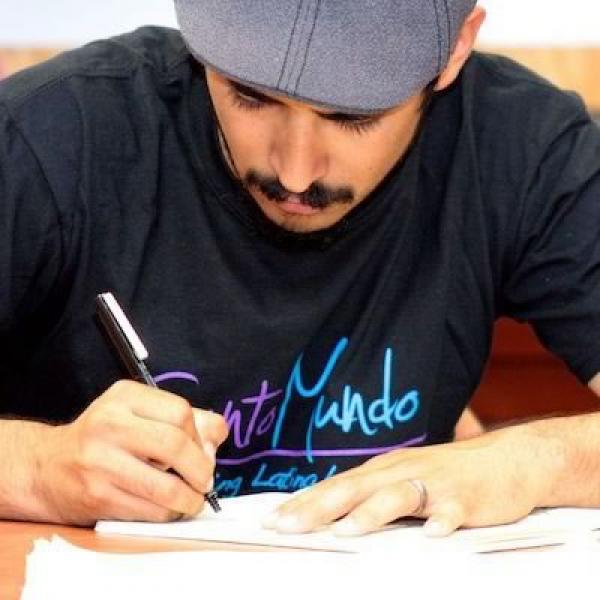