Talking to Toni Morrison about failure is a bit like talking to Einstein about stupidity: it’s incongruous, to say the least. At 83, Morrison is one of the world’s best-known and most successful novelists, her awards list crammed with the heavyweights of literary prizes: among them, the 1988 Pulitzer Prize and American Book Award for Beloved; the Nobel Prize in Literature in 1993; the Presidential Medal of Freedom in 2012; and most recently, the Ivan Sandroff Lifetime Achievement Award from the National Book Critics Circle. As these accolades piled up, Morrison continued to work full-time as an editor or a professor of writing and literature—she wrote her first novel, The Bluest Eye (1970), while teaching at Howard University and raising two young sons on her own. Since then, she has written ten more novels, several children’s books, two plays, and a number of nonfiction works. In all her projects, her words are at once incisive as a knife and poignant as a lullaby, weaving mesmerizing narratives that probe the complexities of the African-American experience.

The Arts Endowment has a long relationship with Morrison as well. She served on the National Council on the Arts from 1980-87 as well as on panels for our Literature Program. We were pleased to catch up with her by phone as Morrison mused on the concept of creative failure.

As a writer, a failure is just information. It’s something that I’ve done wrong in writing, or is inaccurate or unclear. I recognize failure—which is important; some people don’t—and fix it, because it is data, it is information, knowledge of what does not work. That’s rewriting and editing.

With physical failures like liver, kidneys, heart, something else has to be done, something fixable that’s not in one’s own hands. But if it’s in your hands, then you have to pay very close attention to it, rather than get depressed or unnerved or feel ashamed. None of that is useful. It’s as though you’re in a laboratory and you’re working on an experiment with chemicals or with rats, and it doesn’t work. It doesn’t mix. You don’t throw up your hands and run out of the lab. What you do is you identify the procedure and what went wrong and then correct it. If you think of [writing] simply as information, you can get closer to success.

Writing for me is thinking, and it’s also a way to position myself in the world, particularly when I don’t like what’s going on. It’s extremely important to me. [Confidence] came with time. I knew I always was compelled to do it, but I didn’t know how essential it was to me.

I wrote the first book because I wanted to read it. I thought that kind of book, with that subject—those most vulnerable, most undescribed, not taken seriously little black girls—had never existed seriously in literature. No one had ever written about them except as props. Since I couldn’t find a book that did that, I thought, “Well, I’ll write it and then I’ll read it.” It was really the reading impulse that got me into the writing thing.

Success in the Morning

I used to get up before sunrise. I’m very, very smart in the morning, and everything is clear. By noon it’s over. Then as the day wore on, I got dumber and dumber. That used to be my habit. I thought I did it because I had small children and I wanted to write before they got up. But then when they grew, I was still doing it and still preferring it. Not anymore because I’m too old. I’m 83, so some of those habits have changed.

Recognizing When Something Isn’t Working

[Personal] errors, I just have to let go. There are many of those. If you’re a parent, God knows there’s nothing you can do about it now. In writing, for me it’s where the meaning lies and where it doesn’t, where is it too much, or where is it not true, and then I go and rewrite it. I usually write sections by hand and then put them on the computer, print them out, and then go over them to see what’s not there or what’s there that is just clogging it up. You become adept at that. There are things that I’ve written and pieces and parts of things that I have written that I would like to do over and fix, but it’s too late because they already printed it. You realize that later.

The book that I really wish I could revise is the first book I wrote, The Bluest Eye, because there’s a character in it to whom I didn’t do justice. She was just a mean girl. But why she was, or what she was thinking—her inner life—I did not explore at all. I just let her stand as a person for the other girls to be mad at. So I always wanted to go back and rewrite that part.

I try really hard, even if there’s a minor character, to hear their memorable lines. They really do float over your head when you’re writing them, like ghosts or living people. I don’t describe them very much, just broad strokes. You don’t know necessarily how tall they are, because I don’t want to force the reader into seeing what I see. It’s like listening to the radio as a kid. I had to help, as a listener, put in all of the details. It said “blue,” and I had to figure out what shade. Or if they said it was one way, I had to see it. It’s a participatory thing.

[My characters] have never failed me, but on a couple of occasions I have either been deeply thrown off my game, or I took the easy way out. Some of them get greedy, and they’re powerful characters. They somehow can take over the book. When I did Song of Solomon, there was a character in there whose name was Pilate. She was very important to the narrative, but she really threatened me in a sense. I just made her shut up, and told her this is my book, not hers. I gave her some leeway in a couple of scenes toward the end, and during the funeral of her daughter. But I do know that her presence was large, overwhelming, and the book could easily have turned into Song of Somebody Else. So that was one where I was actually intimidated and defensive about a character that I had invented. She was over-invented. And then there’s Maureen Peal in The Bluest Eye.

Learning Not to Overdo It

Some writers whom I admire say everything. I have been more impressed with myself when I can say more with less instead of overdoing it, and making sure the reader knows every little detail. I’d like to rely more heavily on the reader’s own emotions and intelligence. It’s like writing sex scenes. What you do in such a scene is open it up so that the metaphorical language can stimulate, so that it’s not clinical, it’s not surgical. Then the reader can fill it out or take it in or remember it. But the rest [of getting it right] is just keep doing it. You just do it again and again.

I may be wrong about this, but it seems as though so much fiction, particularly that by younger people, is very much about themselves. Love and death and stuff, but my love, my death, my this, my that. Everybody else is a light character in that play.

When I taught creative writing at Princeton, [my students] had been told all of their lives to write what they knew. I always began the course by saying, “Don’t pay any attention to that.” First, because you don’t know anything and second, because I don’t want to hear about your true love and your mama and your papa and your friends. Think of somebody you don’t know. What about a Mexican waitress in the Rio Grande who can barely speak English? Or what about a Grande Madame in Paris? Things way outside their camp. Imagine it, create it. Don’t record and editorialize on some event that you’ve already lived through. I was always amazed at how effective that was. They were always out of the box when they were given license to imagine something wholly outside their existence. I thought it was a good training for them. Even if they ended up just writing an autobiography, at least they could relate to themselves as strangers.

Stumbles Along the Way

Stumbles loom rather large, the more I write. You know this is the wrong route but sometimes you choose it anyway, and then when you go over it, you just carry it out and scratch it out and do something else. But they’re very important. It’s like hitting the wrong note. You have to do something else. In a musical score, if you’re singing or you’re playing an instrument onstage in public, and you hit a wrong note, you can’t say “Oops” and leave the stage. You have to make something out of that error, do a really powerfully creative thing. You may go down a different road. If it’s public, you have to have that ability, that gift to make a mistake look creative. With writing, you can always scratch out the knowledge. You write and erase and do it over.

This article originally appeared in the National Endowment for the Arts magazine issue, The Art of Failure: The Importance of Risk and Experimentation. 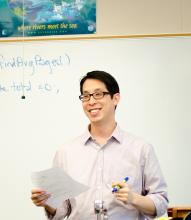 Cast-off to Comeback: Artistic "Failures" That Made History 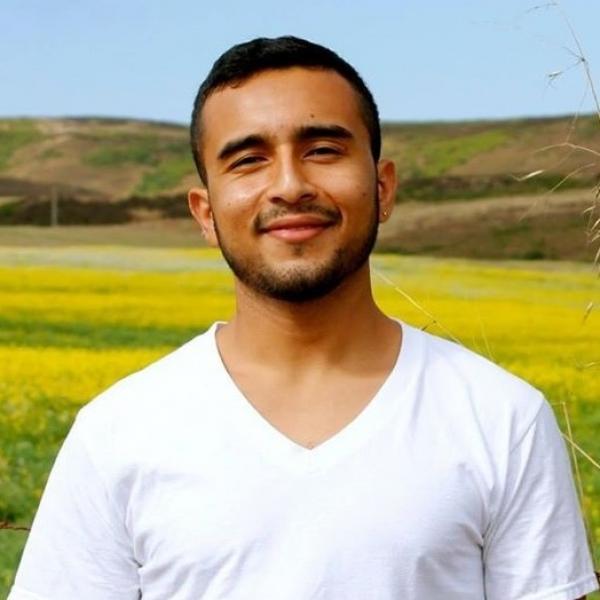 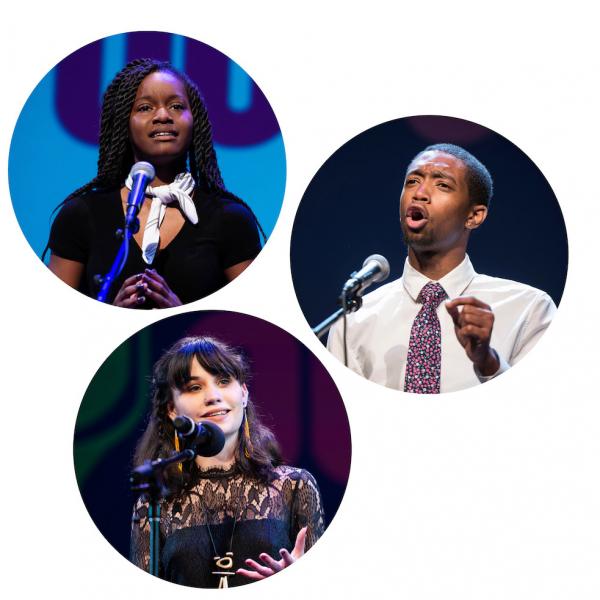 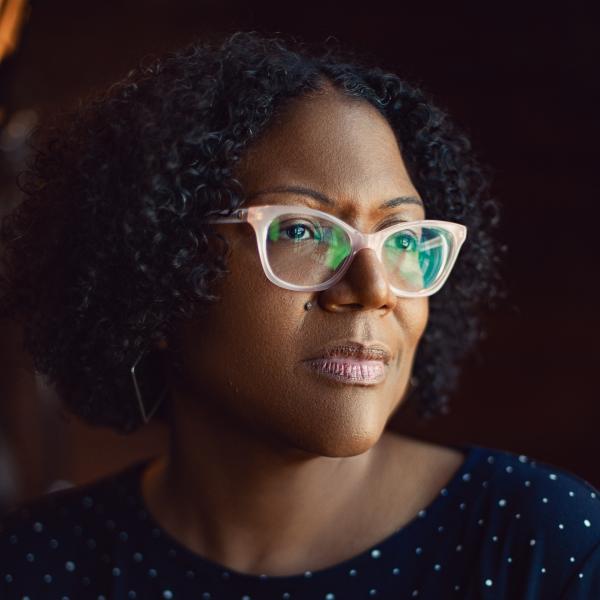