New York, NY—On the evening of January 14, 2013, the country’s top jazz musicians took to the stage and the screen for a one-night-only concert in celebration of the 2013 National Endowment for the Arts (NEA) Jazz Master recipients, our nation’s highest honor in jazz. The concert was webcast live from Dizzy's Club Coca-Cola, located at Jazz at Lincoln Center’s Frederick P. Rose Hall in New York City. Jazz fans across the country from Seattle to New Orleans watched online as the NEA welcomed four new inductees into this select group of jazz greats. The evening featured performances by the newly inducted musicians as well as previously named NEA Jazz Masters.

The concert was webcast live on both the NEA and Jazz at Lincoln Center’s websites, with live audio broadcasts on WBGO Jazz 88.3FM, NPR Music, and SiriusXM Satellite Radio's Real Jazz Channel XM67. An archive of the concert webcast is available at arts.gov/jazzmasterswebcast.

The 2013 NEA Jazz Masters celebrations began with a reunion luncheon at the JW Marriott Essex House, sponsored for the fifth year by Broadcast Music, Inc. (BMI). Jazz at Lincoln Center Board Member Lisa Schiff and Jazz at Lincoln Center Chairman of the Board Robert J. Appel hosted a dinner for the NEA Jazz Masters and their guests prior to the concert.

The 2013 NEA Jazz Masters Awards Ceremony & Concert, produced by Jazz at Lincoln Center, was hosted by Wynton Marsalis, 2011 NEA Jazz Master and Jazz at Lincoln Center’s managing and artistic director. Marsalis opened the concert by recognizing the NEA’s long history of support for jazz. “That the NEA has embraced jazz, our music, and celebrated its heroes for more than three decades in such a profound and public way is something we should all applaud,” he said.

Marsalis then introduced a trio of NEA Jazz Masters as the "house band to end all house bands" -- Kenny Barron (2010) on piano, Ron Carter (1998) on bass, and Jimmy Cobb (2009) on drums. The Jazz Masters Trio opened the concert with a performance of “In Your Own Sweet Way” by Dave Brubeck (1999).

Following this performance, Joan Shigekawa, acting chairman of the National Endowment for the Arts, thanked Jazz at Lincoln Center for their ongoing support and partnership in presenting the NEA Jazz Masters Awards Ceremony & Concert. Shigekawa recognized the four 2013 NEA Jazz Masters, saying, “Tonight, we will celebrate those four individuals, and we will also salute the full spectrum of music, artists, and advocates that have shaped this uniquely American art form.” Following her remarks, NEA Director of Music & Opera Wayne Brown recognized the more than 25 previously named NEA Jazz Masters in attendance, as well as the six widows of NEA Jazz Masters who attended in honor of their husbands.

George Wein (2005) introduced the first 2013 NEA Jazz Masters of the evening, Mose Allison, who said, "I am honored, to say the least. I didn't expect to receive this award and so I'm happy." Allison then was joined on the stage by his daughter Amy, for a performance of his song “Was.”

Marsalis then introduced A.B. Spellman, former deputy chairman of the NEA and the man for whom the A.B. Spellman NEA Jazz Masters Fellowship for Jazz Advocacy is named. Spellman recognized those NEA Jazz Masters who have passed away in the past year: Dave Brubeck, Von Freeman (2012), and John Levy (2006). Spellman said, "Lives like this are so rich, so full, so productive, that they can't really be mourned. They can only be celebrated." In honor of the departed NEA Jazz Masters, Randy Weston (2001) performed his composition “Hi-Fly” with Ron Carter and Jimmy Cobb.

Spellman then recognized the 2013 recipient of the A.B. Spellman NEA Jazz Masters Fellowship for Jazz Advocacy Lorraine Gordon. Gordon was unable to attend the event due to health issues, but her daughter, Deborah Gordon, accepted the award on her behalf, describing how her mother expressed how lucky she feels to be a part of this community of great musicians and music lovers. In honor of Gordon’s award, Jimmy Heath (2003) joined the Jazz Masters Trio for “Sweet Lorraine,” composed by Cliff Burwell and Mitchell Paris. Sheila Jordan (2012) was the next NEA Jazz Master to take the stage, performing her song “Sheila’s Blues” with the Jazz Masters Trio.

Next, McCoy Tyner (2002) introduced Eddie Palmieri. Palmieri described Tyner as his mentor, saying, “My highest honor is the man who just introduced me.” Palmieri then performed his composition "Iraida,” dedicated to his wife.

Jimmy Cobb (2009) presented the last award of the evening to Lou Donaldson, who said, "Ladies and gentlemen, I finally made it! I didn't press it, but I was wondering why it took so long!" Donaldson joined the Jazz Masters Trio to perform his signature song, “Blue’s Walk.”

NEA Jazz Masters are selected from nominations submitted by the public and receive a one-time fellowship award of $25,000, are honored at an awards ceremony, and may participate in NEA-sponsored promotional, performance, and educational activities. One-hundred seventy-three nominations were considered for the 2013 NEA Jazz Masters. Only living musicians or jazz advocates (U.S. citizens or permanent residents) may be nominated for the NEA Jazz Masters honor.

The NEA has created numerous resources as part of the NEA Jazz Masters program, including:

In addition, the NEA supports the Smithsonian Jazz Oral History Program, an effort to document the lives and careers of NEA Jazz Masters. In addition to transcriptions of the comprehensive interviews, the website also includes audio clips with interview excerpts of the artists'  early years; their first introduction to  music and jazz; as well as their unique personal experiences in world of jazz.

The National Endowment for the Arts was established by Congress in 1965 as an independent agency of the federal government. To date, the NEA has awarded more than $4 billion to support artistic excellence, creativity, and innovation for the benefit of individuals and communities. The NEA extends its work through partnerships with state arts agencies, local leaders, other federal agencies, and the philanthropic sector. To join the discussion on how art works, visit the NEA at arts.gov. 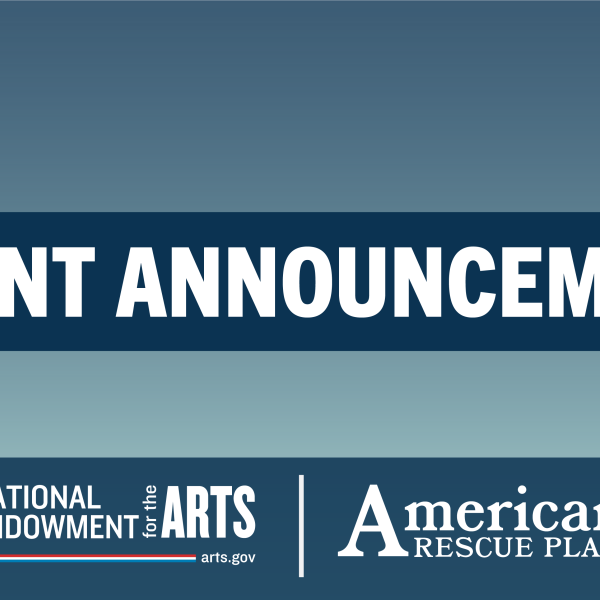 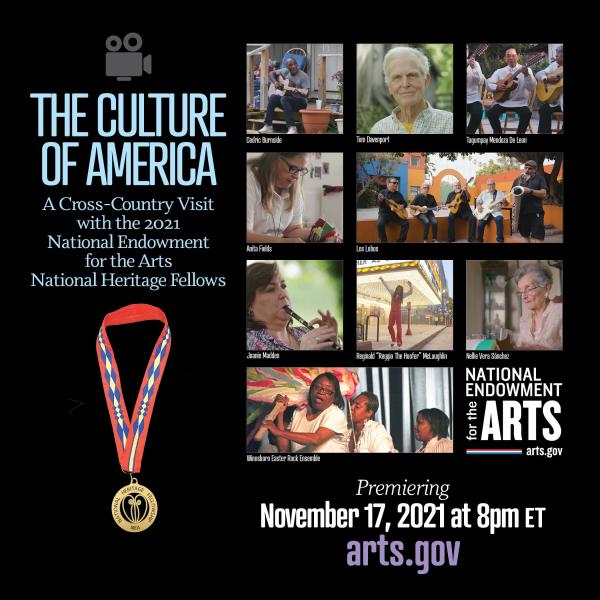