It is with great sadness that the National Endowment for the Arts acknowledges the passing of Chick Corea, recipient of a 2006 NEA Jazz Masters Fellowship, the nation’s highest honor in jazz. A groundbreaking artist both as a keyboardist (piano, electric piano, synthesizer) and as a composer/arranger, Corea moved fluidly between jazz and classical music throughout his career, winning national and international honors including 23 Grammy Awards. He ranks with Herbie Hancock and Keith Jarrett as one of the leading piano stylists to emerge after Bill Evans and McCoy Tyner, and he composed such notable jazz standards as "Spain," "La Fiesta," and "Windows." We join the jazz community in mourning his death while celebrating his life and many contributions to jazz.

Corea summed up his musical philosophy in a 2019 interview with the National Endowment for the Arts: “The idea of playing, making music, is an interesting thing to discuss, because that’s what we do. When you say, ‘What do you do?’ I play the piano…and what is play but creating something, because you’re enjoying it and getting pleasure from it and having fun like kids. Kids play, and as we grow older, you kind of forget how to play. You get into work, and as soon as play becomes work, the play is gone out of work, and the work becomes a little bit heavier and a little bit more serious and maybe less valuable, too. I know the artists and musicians that I know that I really admire, all of them keep that playful element in their creation.”

Corea began playing piano and drums at an early age and enjoyed a childhood home filled with the music of Dizzy Gillespie, Charlie Parker, Bud Powell, and Lester Young, as well as Beethoven and Mozart.  From 1962 to 1966, he gained experience playing with the bands of Mongo Santamaria and Willie Bobo, Stan Getz, Herbie Mann, and Blue Mitchell. He made his recording debuts as a leader with Tones For Joan's Bones and the classic trio album Now He Sings, Now He Sobs with Miroslav Vitous and Roy Haynes, both released in 1968. Following a short period with Sarah Vaughan, Corea joined Miles Davis' group, eventually replacing Herbie Hancock. Davis persuaded Corea to play electric piano on the influential albums Bitches Brew, Filles de Kilimanjaro, In a Silent Way, and Miles Davis at the Fillmore.

In 1971, Corea formed the ensemble Return to Forever. Spearheaded by Corea's distinctive style on Moog synthesizer, Return to Forever led the mid-1970s fusion movement with albums such as Where Have I Known You Before, Romantic Warrior, and the Grammy Award-winning No Mystery. In 1985, Corea formed a new fusion group, the Elektric Band, and a few years later he formed the Akoustic Band. In 1992, he established his own record label, Stretch Records.

On the occasion of his 60th birthday in 2001, Corea put together an unprecedented musical gathering at the Blue Note jazz club in New York City. The three-week event resulted in a double-CD, Rendezvous in New York, and a two-hour film of the same name. In 2008, he reunited Return to Forever and embarked on a world tour. In 2010, he was selected for the DownBeat magazine Jazz Hall of Fame. In 2016, for his 75th birthday he doubled his stay at the Blue Note, spending six weeks and playing with more than 20 different bands.

A video of Chick Corea performing in honor of Gary Burton at the 2016 NEA Jazz Masters Tribute Concert is available here (38:58-52:30). 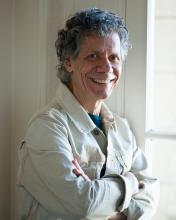 2006 NEA Jazz Master pianist and composer Chick Corea talked to us about his love of performing and composing and the art of play.