Finding a Place for Contemporary Native-American Art
By Victoria Hutter

At first glance, Gail Tremblay's baskets resemble traditional Native-American baskets, with rhythmic undulations and graceful protrusions. But peer a little closer, and Tremblay’s work is woven from celluloid film stock, a reference to insensitive depictions of Native Americans in movies. And here’s where things get tricky for Tremblay, a writer and artist of Mi’kmaq and Onondaga heritage. “They are baskets, but where does one put that in the contemporary art world?” she asked. “It’s not a traditional craft object. You could not use it to put your sewing things in.”

It's one of the questions that continues to puzzle the art world as Native-American artists address the value of their indigenous history and seek to define their place as contemporary artists. Fundamental to these questions is the deeply troubled history of indigenous peoples and the Euro-Americans who colonized the continent, took away their lands, and pursued assimilation policies to make them disappear. The original clash of cultures between Euro-Americans and Native Americans continues to feed situations of appropriation, misrepresentation, and alienation.

For example, non-Native audiences can struggle to understand work that incorporates tribal stories and symbols, which has led to a ghettoization of Native artwork to venues dedicated solely to indigenous art. On the other hand, the work may confuse or disappoint audiences who wrongly consider Native Americans as “people of the past,” especially work that may look insufficiently traditional when familiar art forms such as pottery, rugs, or beading are used in dramatically different and potentially discomforting ways. This discomfort has also led to perceptions that Native-American artwork is political, or too steeped in identity.

To fully examine these issues means looking back several centuries. Western European culture has a long history of distinguishing between “fine art”—appreciated solely for its aesthetics—and art that has a functional role or history, with the former typically valued more highly than the latter. Euro-Americans’ adherence to these two definitions has led to centuries of Native art viewed as craft and ethnographic objects; beautiful, but not of the same caliber as an oil painting or sculpture. As Tremblay noted, the art/craft divide can lead to confusion among non-Native audiences about “the artistic importance of historical and contemporary functional objects in the art production of Native peoples.”

For indigenous peoples, art was inseparable from a tribe’s particular philosophy, spirituality, and flow of daily life. But these particularities were lost in Western eyes, which tended to view all tribes as indistinguishable. Large museums incorporated their Native-American collections with other indigenous traditions into sprawling departments such as Africa, the Americas, and Oceania because all indigenous objects were seen as primitive from an anthropological perspective.

Merritt Johnson is a contemporary artist of mixed heritage, including Mohawk and Blackfoot. She noted, “The institutional framing of who we are, where we come from, and how we fit into programming is entrenched in museum structures built without indigenous input.” She adds that Native Americans’ place within these structures become either “amalgamations in the interest of collecting otherness together; or fractured, because they’re separating out what doesn’t fit a linear Western Art historical classification.”

This has only served to hinder an artwork’s full appreciation by non-Native audiences, who are likely unfamiliar with various Native-American tribes’ particular history, stories, and symbols. Tremblay noted, “For outsiders, there’s a whole bunch of things to learn to really understand the depth of the work and what somebody is saying.” She feels it is up to the viewer to learn the different Native visual languages. “Just like it’s up to them to figure out the stories in Renaissance Italian art. You need to learn history. You need to learn content. You need to study stuff.”

Euro-Americans also created the markets and mechanisms for purchasing art, markets that defined what was sellable and therefore what should be made. Heather Ahtone is of Chickasaw and Choctaw descent, and is the curator of Native-American and Non-Western Art at the Fred Jones Jr. Museum of Art at the University of Oklahoma. She said, “You have a box: ‘This is what Indian art looks like.’ For Native communities, the boxes are irrelevant. The challenge is that the art world has held on to these boxes and these categories for much longer than they had a valid application.”

Those boxes also serve to reinforce a romantic stereotype of Native Americans that millions of people are familiar with from Hollywood films. Cannupa Hanska Luger, a contemporary artist of Mandan, Hidatsa, Arikara, Lakota, Austrian, and Norwegian descent, noted, “The market has dictated what people are interested in and created several generations of makers to pigeonhole themselves into that industry. That hunger for the Hollywood version is exactly what the market dictates we sell.”

He continued, “When you’re asking whether this art is Native-American or not, I can tell you right now that it is not, that there is no Native-American art as far as a culture group. There’s no real context to what Native art is.”

It is a delicate situation for artists like Luger, who refuse to be pigeonholed. One of his series, for example, features a constructed deer skeleton collapsed on its side with red and pink yarn from deconstructed thrift store clothes gushing from an imagined wound. Luger said, “The deer represents a life destroyed by empty nostalgia. Nothing is harvested, all is waste.”

It is a unique spin on the traditional concepts of harvest and waste—which was precisely the problem. “This market up until recent years was not interested in allowing adaptation,” he said. “It was really interested in sustaining a frozen historical culture.” He emphasized that for him, traditional art is less about materials and forms and more about adaptation, using what is currently available—whether that’s clay and horsehair or video and film—to express ideas.

Given the challenges and limitations faced by contemporary Native artists, what are the mechanisms for change to open the doors so that more people can see, understand, and enjoy their work?

One example is taking place in several of the larger museums with significant Native-American collections. These are the Heard Museum in Phoenix; the Denver Art Museum; and Ahtone’s institution, the Fred Jones, Jr. Museum of Art, where curators are seeking to create a template that other institutions can use to imagine “not just what the future is, but what we are doing now to reframe the dialogue around contemporary Native arts,” said Ahtone.

Part of that reframing involves how objects are displayed. For example, because tribes use designs and colors deliberately and differently, grouping objects by those attributes can create misunderstanding about the diversity of traditions. Additionally, placing contemporary Native artwork with other, non-Native contemporary pieces, allows the objects to inform each other but can also obscure their cultural significance. “I think that people are interested and hungry for trying to find the place where art and creative expression provide meaning for them,” Ahtone noted. “I think in some ways, contemporary art has been struggling against what it means in a post-modern age to express something that is more collective.”

Johnson added, “I feel responsible for speaking to the way things are, and to envision a possibility for the future with ourselves in it, as we are and as we can be, in positive ways—as Octavia Butler said of ‘writing ourselves into the future.’” 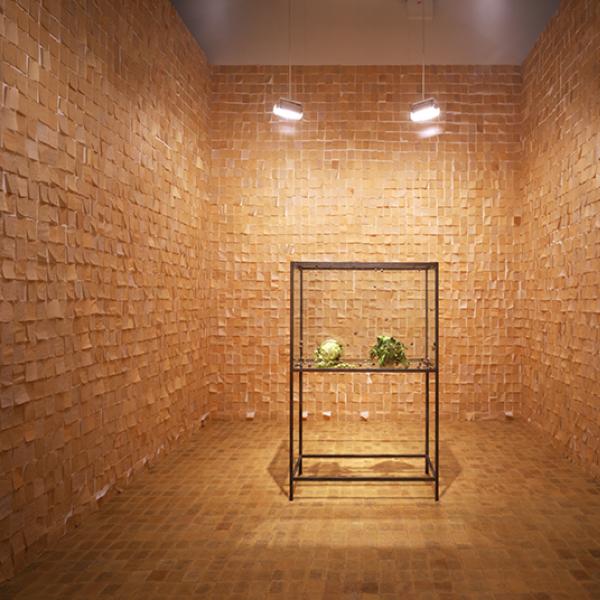 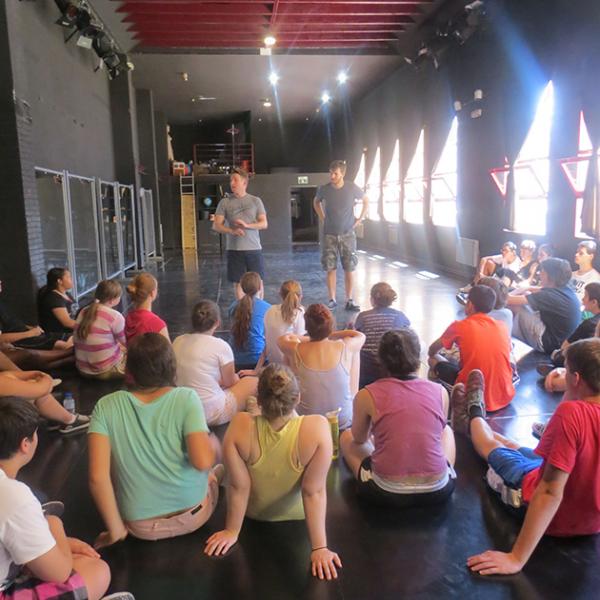 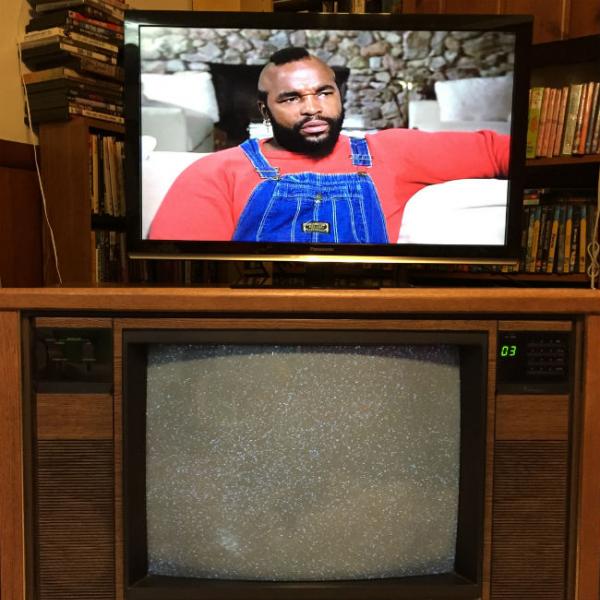 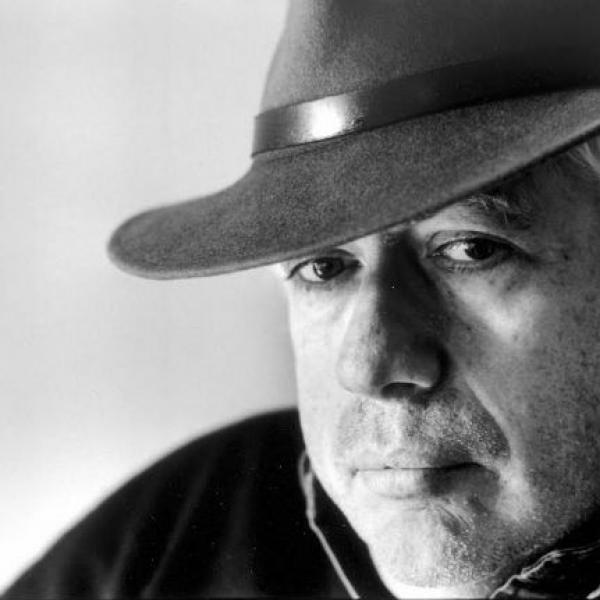 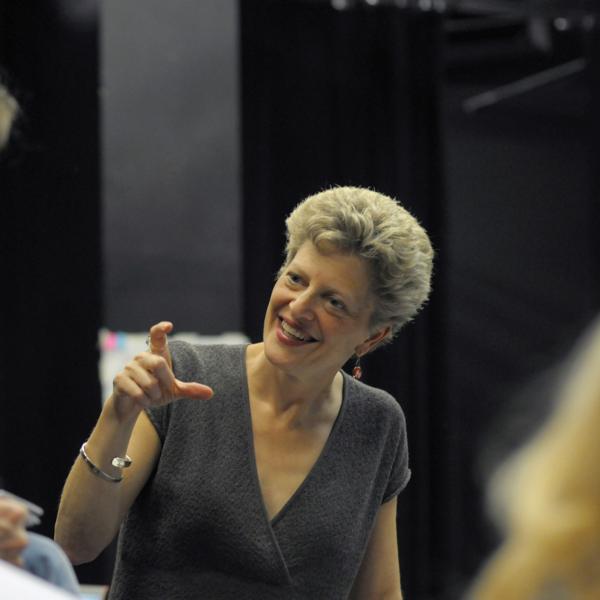