Finding the Right People
By Josephine Reed and Don Ball

Walter Ware III began his tenure with the Signature Theatre as an artistic director intern in 2010 while still attending Catholic University in Washington, DC. After he graduated, he was offered a full-time job as the theater’s executive assistant and casting assistant. “Once I started full-time at Signature,” Ware said, “I quickly moved into the casting director position, because I just loved getting to know these actors. I loved getting to be a part of this community.”

Ware continued to cast shows for Signature until his departure in August 2017, including the Gershwin-saturated musical Crazy for You, for which he found the local cast members. Josephine Reed talked with Ware about the production and about what a resident casting director actually does.

THE ROLE OF THE RESIDENT CASTING DIRECTOR

I think what most people assume of a casting director is possibly not true, at its core. Many folks think that the casting director is the final word on who plays the part in a production, and that just simply isn’t the case. The final word always lies with the producing and creative team as a whole. Essentially what casting directors do is they get to know the actors in their pool on many levels, from talent in the audition room to talent in the rehearsal room and onstage, and they get to know the actors personally as well.

So, how do you do all that? That means seeing a lot of shows, and also having a lot of one-on-one meetings with performers. Who you are and how you represent yourself is just as important, if not more important, as how talented you are. With all of that knowledge, the casting director would then meet with the creative and producing entities at the beginning of a process when you’ve chosen a show, and start brainstorming who we can make direct offers to and what roles we definitely know that we want to audition. A character breakdown, which essentially has all the characteristics and attributes being sought, is generated, and then the casting director sets up the auditions and interviews for the various roles, and meets with and aids and guides the team to arrive at the final decision for the cast.

And then, as it usually happens, you have to start all over and recast roles, as actors are constantly getting booked and offered other productions, and sometimes have to leave yours. So I am just as much a recasting director as I am a casting director.

LOCKING IN THE LOCAL TALENT

Something that’s unique about the Washington, DC, casting culture is that we’re casting shows a year to a year-and-a-half in advance. These local actors, phenomenal talent, are being sought by so many regional theaters that it’s important to us to get them the offer as soon as possible, and get them locked in for our productions.

Frankly, one of the things that I love about Signature is that it has such a commitment to local casting and to making sure that the Washington, DC/Northern Virginia/Maryland artists are supported and brought center stage. The New York side of things usually happens on our bigger musicals. So, for example, Cabaret and West Side Story, those were productions where we sought out some New York talent as well. But one of the reasons why you’re going to see more out-of-towners in Crazy for You is because of the demands of the tap performance.

With Crazy for You, once we had identified those direct-offer people, we locked them in. We also confirmed Denis Jones, who is an amazing New York choreographer, who has this immense well of talent and such a unique voice, choreographically.

The next important audition was the dance call because the show has so much choreography and so much movement. We definitely wanted to get as many local tap dancers as we could. We called in around 50 male and 50 female tappers in the area, and we looked for the folks that were going to make the specific puzzle of our Crazy for You work. We were able to identify some folks, and there were still some holes. We also went to New York for some of the ensemble talent, and we got to work with another Signature family member, Laura Stanczyk, who’s pretty much Signature’s go-to New York casting director.

We brought in a group of dancers, and they got to work with Denis on a combination from the show. It’s not necessarily the exact choreography that he was going to use, because he wanted to see who captured the technique of tap, and also who captured the style of this particular production. So everybody learns the combination together, and once about 30 minutes has passed and everybody feels like they’ve got a good understanding of it, they audition in groups of three. I would be putting out the headshots and resumés for Denis to notate on, and for Matthew [Gardiner, the director] to notate on as well. They would essentially decide, “Okay, we want to see these six or five dancers for 32 bars of a song, in the style of the show.” We asked for them to prepare some Gershwin. So there was an initial cut, and then we go into those callbacks right after.

It’s never necessarily a very pleasant experience, but everybody understands that there are many attributes and many decisions that have to be made in order to arrive at the cast, and it’s nothing personal. I would ask the actors to meet me in the hallway, and I would read down the folks that we would be keeping, and then I would say to the rest of the folks, “Our sincere and heartfelt thanks.” Auditioning’s never easy. Auditioning is definitely an art form to itself.

MY FAVORITE PART OF CASTING

As artists, you’re baring your soul onstage in these performances. But if you think about auditioning as just this singular entity, you have to capture who you are, and you have to convince these creatives that you’re the right person for the role, all in under maybe 60 seconds. I am always in awe of the incredible talent that come in and are able to just keep cool, keep calm, and be themselves, because that is truly what makes the casting process, the artistic process, the art of storytelling, so much more compelling and so much more remarkable.

I think that’s definitely one of my favorite parts of casting: not knowing who’s going to come in and just blow you away. Just being in the room when that click happens, and the entire ensemble and cast falls into place.

When you’re working on new musicals—or new work, in general—if you’re not casting folks who are not only talented but also able to intellectually engage with the writers in a productive way, you’re not going to get very far. If you can believe it, Crazy for You, this huge musical, is being rehearsed three weeks in the rehearsal room and then one week of tech. It’s an incredibly quick process. If you don’t have the folks that are able to rise to the occasion in a really quick way, you’re not going to get very far.

I absolutely think that when you put the right people on the right story at the right time, that is when the true magic happens. 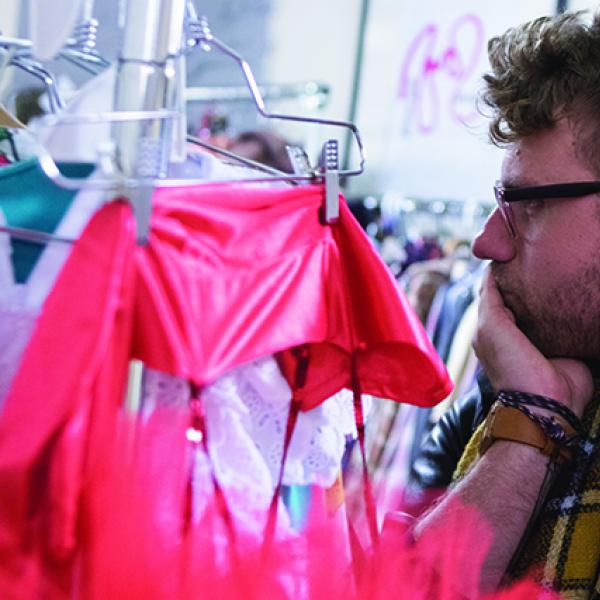 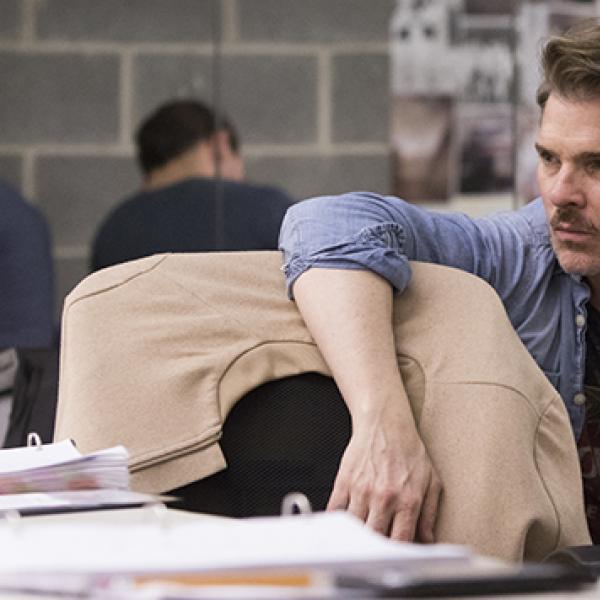 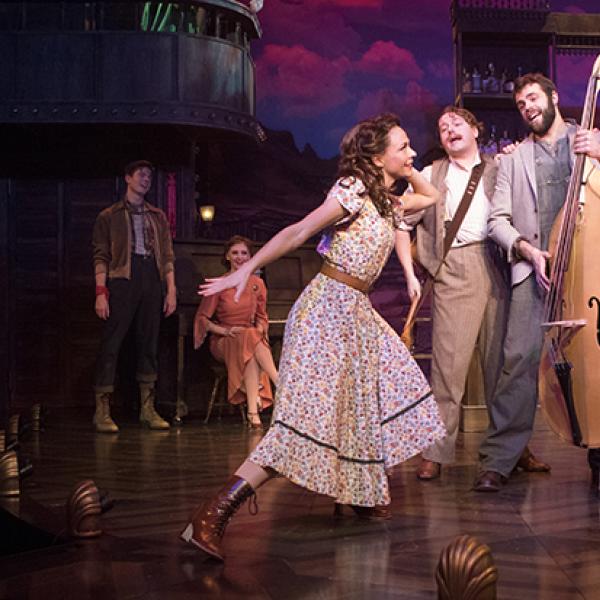 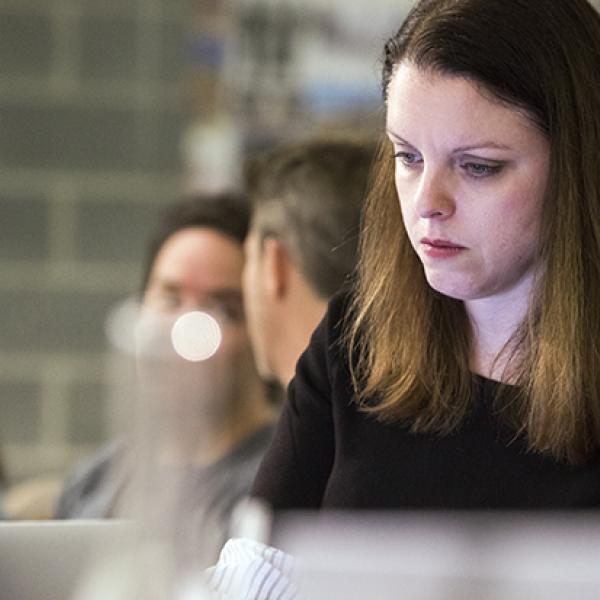 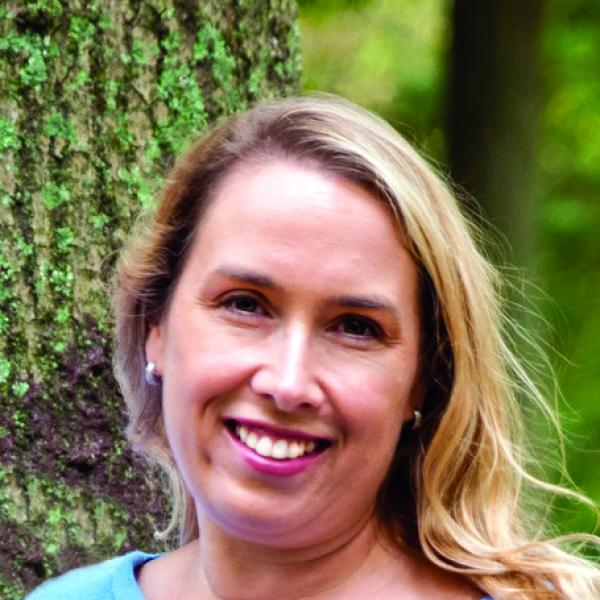 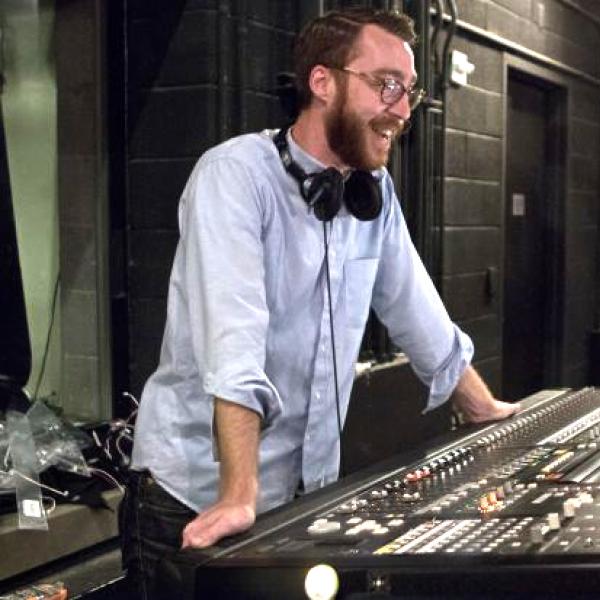 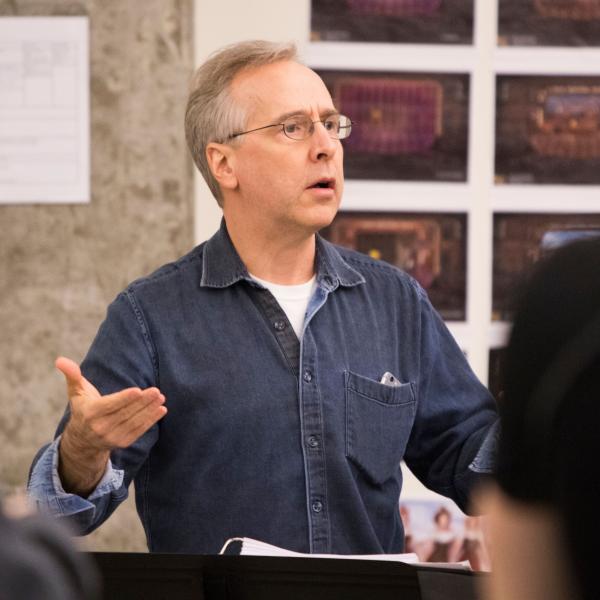