When Tanya Wideman-Davis and Thaddeus Davis were conducting research for Migratuse Ataraxia, the latest project from their company Wideman Davis Dance, they visited a number of plantations in Alabama, Louisiana, and South Carolina. At most plantations, the tours proved to be deeply problematic, glossing over or completely ignoring the Black men and women who labored within the estates.

“They totally erased Black existence and were giving these fictitious stories as if it was a Disneyland tour,” said Wideman-Davis, who founded the company with her husband in New York City in 2003. “They were giving information about the visual culture and the objects in the space, talking about the curtains, and building these very elaborate, phantasmical white narratives and erasing slaves.”

By staging Migratuse Ataraxia at plantations themselves, Wideman Davis Dance is reclaiming these historic sites as Black spaces, and “de-invisibilizing,” as Wideman-Davis termed it, the Black lives that are at worst erased, and at best reduced to incomplete accounts of physical labor. Migratuse Ataraxia instead paints a fuller picture, using movement, video projections, and art installations to capture the hopes and spirits, loves and hardships of the enslaved Black people who once moved through these very rooms. The project is “an effort to enliven those enslaved Africans so that we can acknowledge that trauma happens to these people in these spaces, but yet they survive,” Davis said. The piece is “not about their bondage, but the humanity of them in spite of bondage.”

Supported in part by the National Endowment for the Arts, Migratuse Ataraxia premiered in January 2020 at the Klein-Wallace House in Harpersville, Alabama, after workshops at the Hampton-Preston Mansion in Columbia, South Carolina. While the work speaks directly to the nation’s complex history of race and racism—a common theme throughout Wideman Davis Dance’s repertoire—Davis and Wideman-Davis say they didn’t initially set out to tackle social justice issues when they founded their company. But as two Black artists living in the South, explorations of social and political issues became inevitable.

“We don’t feel like full citizens when we are passing by the Confederate flag, or when we are passing by these antebellum homes that have a strictly white narrative,” said Wideman-Davis, noting that when they first moved to Columbia from New York, the Confederate flag still flew on the statehouse grounds (it was removed in 2015). “The trajectory of our work has always been centered on looking at what’s missing in the environments that we live in, and making work around those missing elements to de-invisibilize people, particularly Black folks in the South. Our [work] is putting Black existence on blast in a performative manner."

The site-specific Migratuse Ataraxia leads audience members from room to room of each plantation as if on a museum tour, while dancers perform feet or inches away, sometimes physically drawing audience members into the performance itself. The removal of the traditional distance between audience and performer in part forces audience members to bear witness; there is no option to look away from the Black narratives that many plantations—and many people—still choose to minimize or ignore completely. For white audiences, this might bring a sense of reckoning: “It might mean that they need to confront their white privilege for the first time,” said Gina Kohler, the company’s managing director and dramaturge for Migratuse Ataraxia.

But for Black audiences, this physical intimacy can create a type of emotional closeness—a communal sense of finally witnessing their shared history celebrated and brought to light. Davis noted that while Black culture is steeped in dance, viewing dance at a theater or concert hall is not necessarily part of that experience. Part of the gift of Migratuse Ataraxia is that “it’s not taking this work that’s about enslaved Africans and putting it on the proscenium stage at a great theater where normal theater-going people get to see it,” said Davis. “This was making a work and giving it to the community and going, ‘This is our work about our existence.’”

The effect on audiences of every background is often overwhelming. As Kohler noted, “It's moved people to tears more than I can describe.” Even the very act of dance itself proved to be powerful in a way Davis himself hadn’t anticipated. “To see Black bodies moving in such a freeing way throughout a space that often does not bring to mind thoughts of Black freedom, emotionally moved a lot of people,” he said.

Despite the historic setting, Migratuse Ataraxia is as much about our present moment and where we might be heading than it is about the past. Modern elements like video and performative scenes from a barbershop blur the lines between eras, providing a platform for audience members to sift through the evolution (or non-evolution) of issues like disenfranchisement and the objectification of Black bodies, and our own potential role in changing the course of how these issues continue to unfold.

While the ideas tackled by Migratuse Ataraxia are of global importance, the piece draws heavily from the communities where it is performed, anchoring residents to the work and giving them the opportunity to see themselves personally reflected within a larger historical context.

In Harpersville, for example, video projections recorded by Davis included Harpersville’s landscape and tombstones from the Black cemetery as well as scenes from a reunion the Klein-Wallace House had held between descendants of former estate owners and the people they enslaved. An installation by multidisciplinary artist Michaela Pilar Brown incorporated photographs, tools, and other personal objects loaned by members of the community, and performances ended with a dinner curated by Myron Beasley and prepared by local chef Clayton Sherrod, which incorporated ingredients that would have once been planted, picked, and cooked by the people enslaved on the plantation.

“It creates a very intimate experience for the people who are experiencing the work,” said Kohler. “It's very personal to them, because it's for them.”

While Migratuse Ataraxia was scheduled to tour other plantations, those plans were upended by the pandemic. The canceled tour included four Arts Endowment-supported performances slated for this spring at the Hampton-Preston Mansion in Columbia in conjunction with a month-long residency. The company has since re-imagined the piece for a COVID world, using Columbia’s streets and the exteriors of historic sites as the backdrop for the project.

This new iteration of Migratuse Ataraxia will be a mobile performance whose route traces the Black experience in Columbia. Video projections and other performative elements will be installed outside of buildings associated with Black repression and Black liberation, including urban plantations like the Hampton-Preston Mansion and the homes of Civil Rights activists such as Modjeska Simkin.

Residency activities will also continue, including intergenerational dialogues between Black elders and college students that will take place using web conferencing. These interactions will parlay the themes of Migratuse Ataraxia into personal conversations, inviting reflections from each generation about the places and situations where they have felt erased, and alternatively, where they have felt Black culture and history are fully celebrated. Wideman-Davis said participants will be prompted to think about, “Where are the spaces that you feel you belong? Where are the spaces you don't feel like you belong? What are the environments where you feel like your citizenship is taken into account?”

For Davis and Wideman-Davis, addressing those questions throughout their careers has helped them navigate the discomfort, the systemic racism, and the overt racism that have framed their own lives. Yes, Wideman Davis Dance makes dance as a way to engage with audiences and communities. But at the same time, both said the projects they create are also nothing short of a personal necessity that allows them to continue moving through the world.

“We're making the work to try to survive some of the ideas that we're fighting against,” said Davis. Wideman-Davis echoed her husband. “If we can continue to do this kind of work,” she said, “then I, myself, feel like I can exist because I have a voice.”

Rebecca Sutton is the editor of "American Artscape." 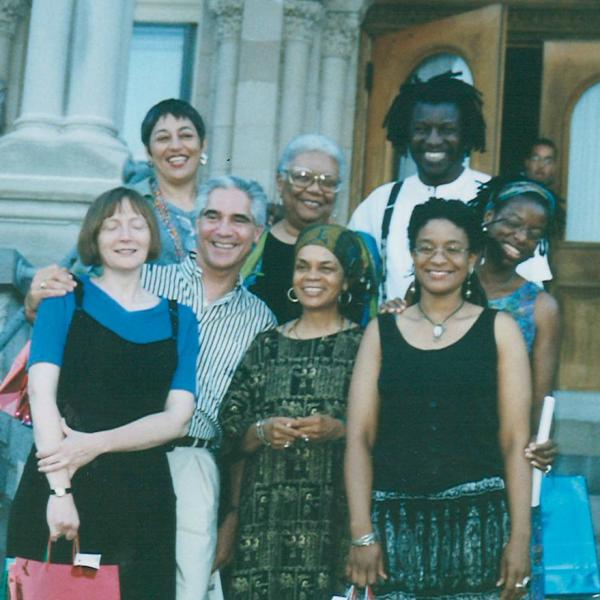 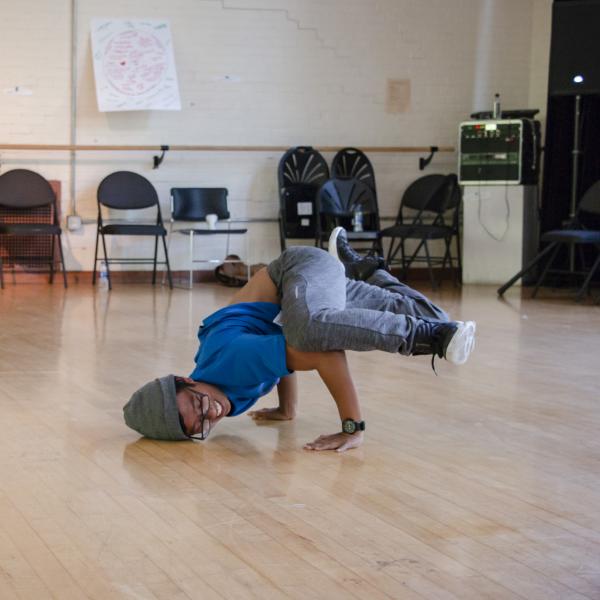 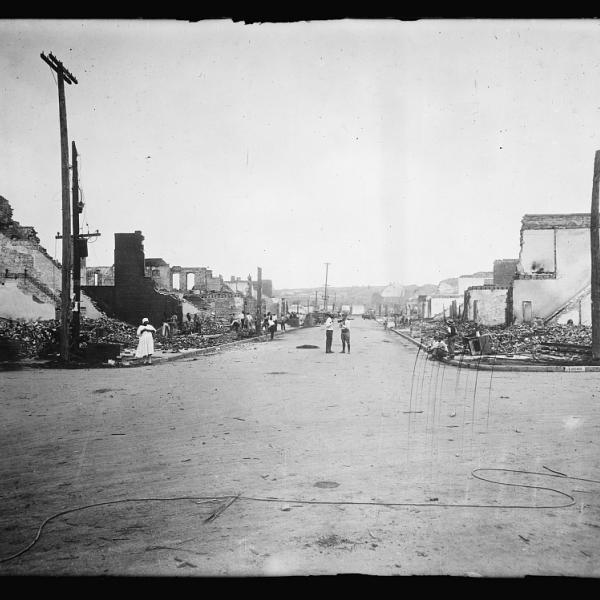 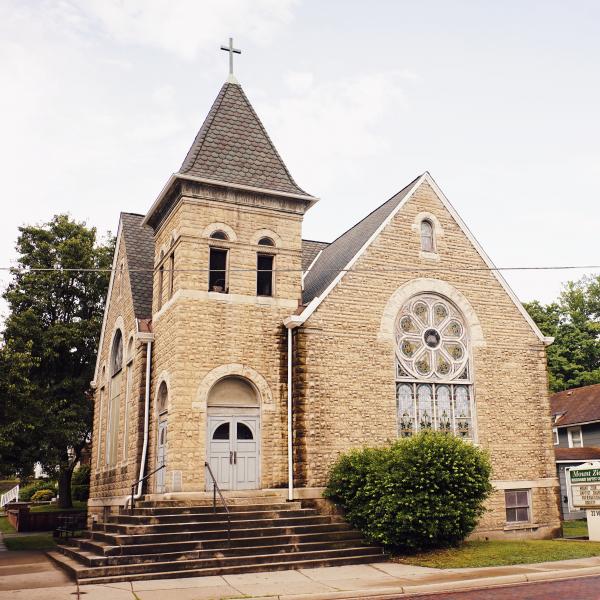