It all came together on October 20 and 21 when the 2019 Songwriting Challenge winners, their mentors, and music directors were joined by New York City-based musicians and vocalists to give the winners’ songs the Broadway treatment. Music directors deftly led each ensemble of artists, in consultation with the winners, to craft the best recording of the song.

The recording and release of the songs was the culminating phase of this year’s Songwriting Challenge. What started in the spring with submissions of original songs followed by the July 18 announcement of the six regional winners, moved to intense weekend workshops in the students’ hometowns, and concluded with their song given life by performers who have been part of Broadway, Off-Broadway, and touring Broadway productions. 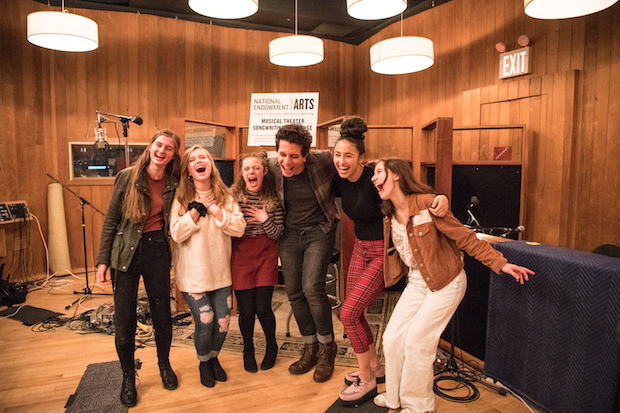 The winners share a good laugh. Photo by Natalie Powers.

To listen to the songs and for photos, lyrics, and information for each winner’s recording session, visit their page.

Makai Keur, freshman at Berklee School of Music and Julian Watson, freshman at Columbia College, both from Franklin, TN 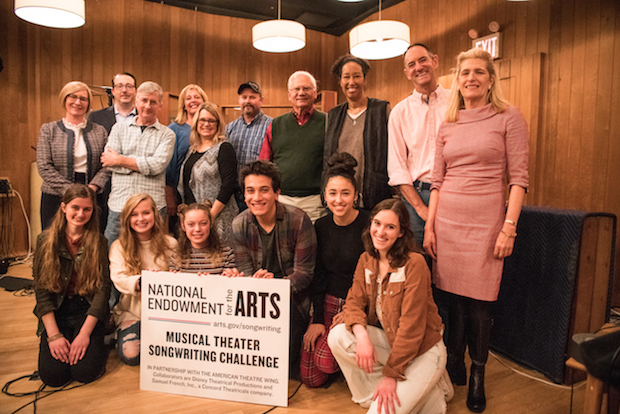